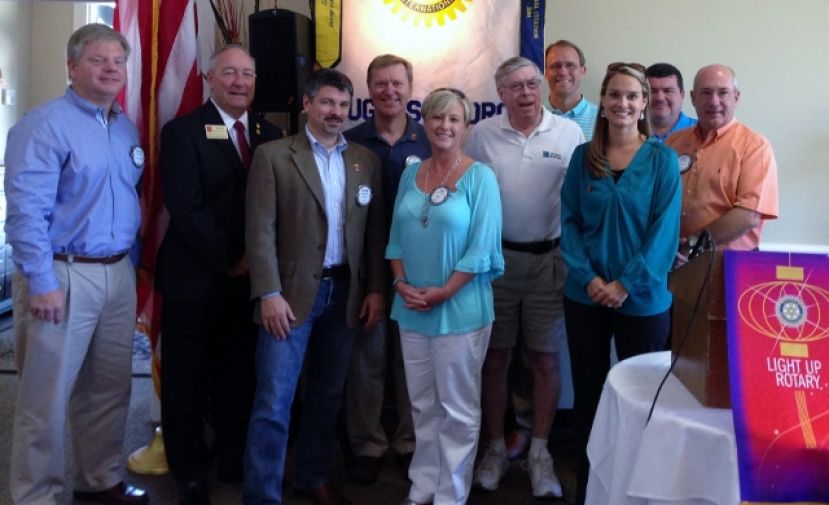 District Governor Thompson is a member of the Sandersville (Ga) Rotary Club, joining that club in 2007. He received the Rotarian of the Year award for the Sandersville club in 2008 and has since received numerous awards and recognition for his participation in Rotary, including serving as assistant Governor for two years prior to his current role.

The subject of District Governor Thompson's speech was the importance of members and the public understanding of the role Rotary plays locally, nationally, and internationally.

“What is Rotary?” he asked. “Rotary," he explained, “is an organization 1.2 million strong represented by 200 countries and over 32 thousand local clubs.”

He continued on to detail how Rotary addresses hunger, health issues, clean water, literacy and more on both a local and world-wide level. How is this accomplished? Through Rotarian personal and club contributions.

The Douglas Rotary Club presented District Governor Thompson with a check to his preferred cause of Polio Plus in his honor.

The Douglas Rotary Clubs meets each Thursday at The Douglas Golf and Country Club. The 2014-2015 President is Christian Taylor of AgSouth Farm Credit and the President-Elect is attorney Patrick Ferris.