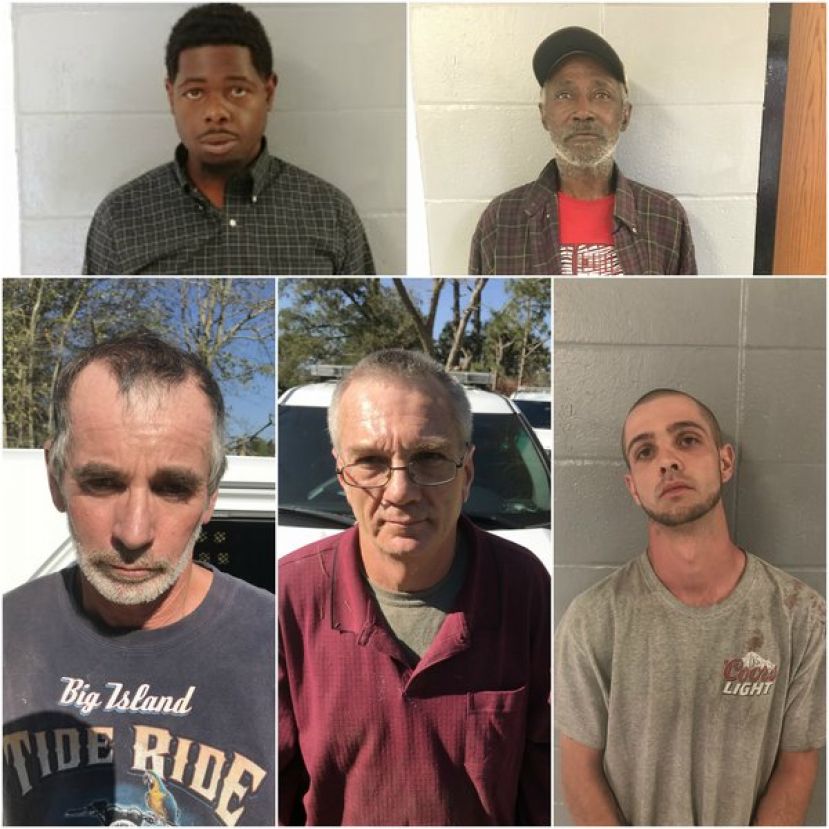 Friday, March 9th, APD responded to a burglary on E. 12th St. A variety of household items were reportedly taken from the residence. APD has secured an arrest warrant for Kenny Locke, 34 of Alma, for burglary. If anyone knows of Locke’s whereabouts, please contact APD at 912-632-8751.

Sunday morning, March 11th, APD responded to a S. Bead St. address regarding criminal trespassing and damage to property. Darius Damartez King, 20 of Alma, is wanted for simple battery, criminal trespass, and interference with government property. If anyone knows of King’s whereabouts, please contact APD at 912-632-8751.

Monday morning, March 12th, APD responded to Tiftblue Drive regarding an individual observed tossing suspected marijuana to a Bacon Probation Detention Center inmate working on a clean-up detail in the neighborhood. The case was turned over to Department of Corrections investigators. Rusty Sweat, 37 of Alma, and the inmate were charged over the incident.

Monday evening, March 12th, APD responded to the Bacon County Hospital regarding an individual who entered the emergency room with a fractured skull. Roderick Maurice Williams was injured in an altercation at another location. APD is investigating the incident.

Tuesday morning, March 13th, APD responded to a burglary at the Bacon County Recreation Department. Recreation Dept. staff stated between Monday evening–Tuesday morning, an unknown person(s) stole $5,000.00 worth of lawncare/maintenance equipment from several rec buildings. If anyone has information regarding this burglary, please contact APD at (912) 632-8751.

Tuesday evening, March 13th, APD responded to a shooting on Bluebell Drive. Officers found ammunition shell casings throughout a yard and several vehicles which had been shot multiple times. Officers learned several persons from surrounding counties had met at the location to bet on playing Madden video games, and the participants (except for one) had fled the area before law enforcement arrival. The gaming turned into a robbery when one of the participants reportedly brandished a handgun and demanded everyone’s money. APD is investigating the incident.

Wednesday, March 14th, a stolen vehicle was reported to APD. The vehicle was quickly discovered in Atkinson County. The vehicle had been located upside down following a crash; the driver apparently fled the scene. APD is investigating the theft.

Thursday, March 15th, APD responded to a local business regarding a counterfeit 100-dollar bill. APD continues to urge all business owners/operators/staff to be vigilant to counterfeit money.

Sunday morning, March 18th, just before 2 a.m., APD became involved in a vehicle chase which began in Baxley. Baxley Police stopped a vehicle for speeding. As officers approached the vehicle, the vehicle fled. Officers gave chase and further learned the vehicle had been stolen three hours earlier in Jacksonville, FL. APD entered the vehicle pursuit as the chase approached Alma. APD was able to terminate the pursuit south of Alma on US 1. The occupants, a 17-year old and a 16-year old from North Carolina, were transported from the scene to Savannah Memorial Hospital for injuries sustained following the crash of the fleeing vehicle. Officials with Savannah Memorial informed local law enforcement the two are in stable condition. The Georgia State Patrol worked the crash. The driver will face charges of theft by receiving stolen property, felony fleeing/eluding law enforcement officers, and a variety of other traffic offenses which will include DUI. The occupants will most likely face traffic charges in Baxley and Jacksonville, FL.