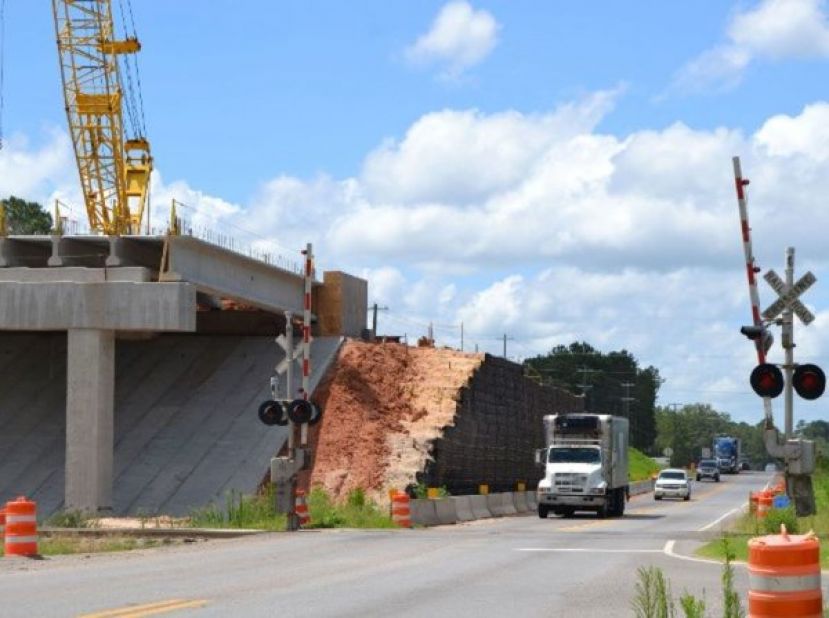 The new Douglas perimeter road overpass near Iron Road is expected to open to traffic next week, ending wait times and potential conflicts between motorists and trains. Traffic between Baker Highway and Ward Street will shift to new lanes to align with the overpass. Guardrails have been installed and striping of the bridge and approach lanes is under way. The contractor expects to open the bridge to traffic Tuesday, provided favorable weather continues for completion of the finishing touches.

The bridge opening will also impact traffic entering state Route 135/perimeter road from side streets and driveways. Drivers have been using the new bridge approach lanes as a holding area to wait for an opening in traffic. That will no longer be possible once the bridge opens because bridge traffic will occupy those lanes. Motorists should be prepared to stop sooner and should use caution entering perimeter road traffic.

The overpass to replace the at-grade railroad crossing is part of the $32.7 million Georgia Department of Transportation project to widen and reconstruct SR 135. The project begins at U.S. 441, where it ties into the southwest portion of perimeter road and ends at SR 32. The project is about 56 percent complete and the contractor is East Coast Asphalt LLC.