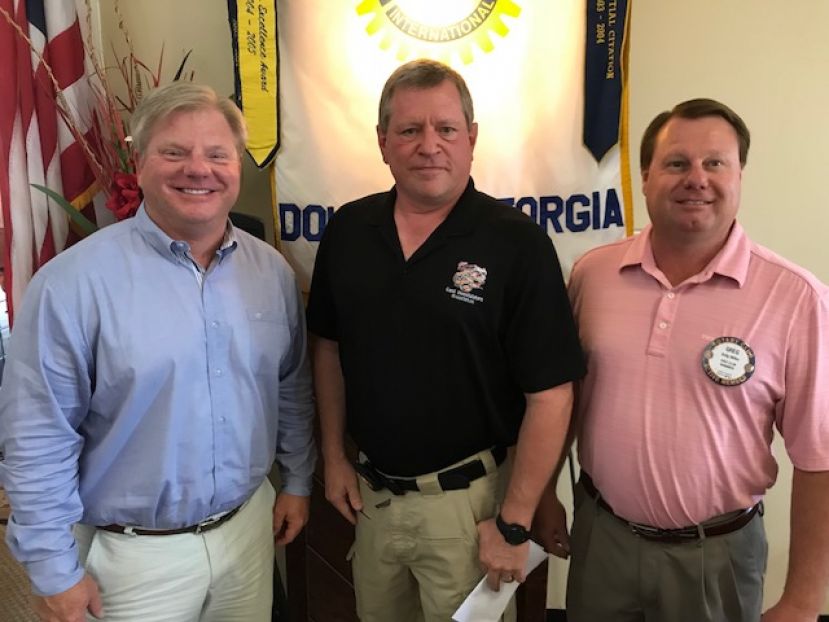 “The state of Georgia has declared war on gangs. I know we’re late to the party, but Coffee County has also,” said Walter James, who heads up the Coffee County Gang Unit, a joint operation between the Coffee County Sheriff’s Office and the Douglas Police Department, at the May 10 Douglas Rotary Club meeting.

Gangs have become deeply entrenched in Coffee County and most of the gangs found in metropolitan areas have a presence locally. Here are the gangs that can be found in Douglas and Coffee County: Aryan groups (17 members across multiple Aryan gangs/groups); Ghost-Faced Gangsters, a hybrid gang from Georgia (20); Gangster Disciples, the leader of which is serving a life sentence in Illinois; various Bloods (28); various Crips (14); Sur 13 and Norte 14, Hispanic gangs from the West Coast (12); various hybrid gangs who have joined forces to increase narcotics sales; and the Outlaws, an outlaw motorcycle gang (three members).

Once the gang unit identifies gang members, its officers maintain a database and monitor what they’re doing. According to James, the unit has been doing more than just monitoring gang members. Officers have been moving quietly – but sternly, he said – against gang activity. When gang members are arrested, James and his team invoke gang statute charges, which can add as many as 15 years in prison to each charge. James added that most of the gangs are involved in narcotics trafficking but they also engage in other crimes as well, including auto theft, burglary, and the like.

“All of these gangs are here. They’ve moved east from California and they’re continuing to spread. They’re fighting for control of the Southeast,” said James.