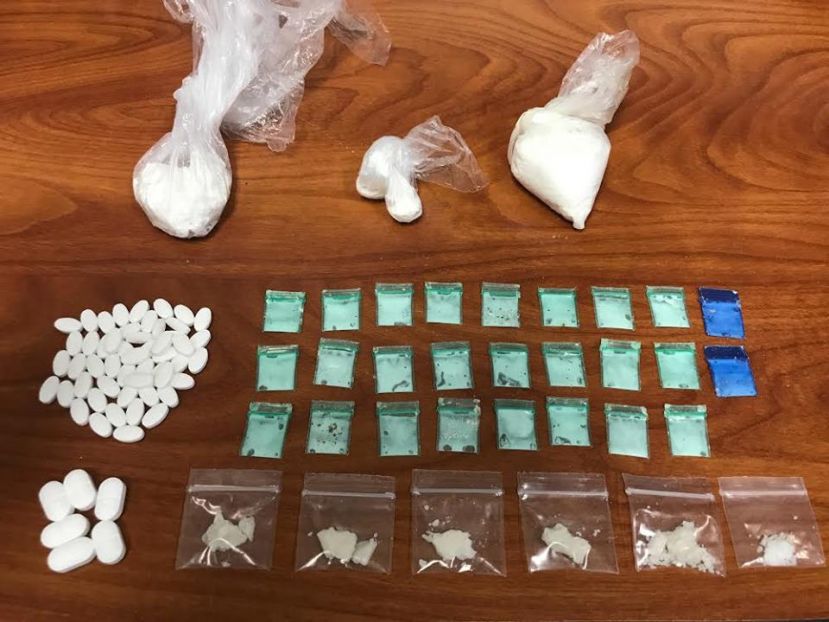 Submitted photo Pictured are the drugs deputies confiscated during a search of Columbus Drummond's home in Nicholls Friday.

The Douglas-Coffee Drug Unit arrested a 66-year-old suspected cocaine dealer late Friday afternoon after detectives discovered quantities of the drug, along with other illegal narcotics, at his residence.

Drug agents received information that Columbus Drummond of Nicholls was dealing drugs out of his Sessoms Avenue home and investigated. Drummond was located at the residence Friday afternoon, June 22, 2018, but denied that he resided at the location. Detectives made contact with the home owner, who confirmed that Drummond was living at the home and provided detectives with consent to search the premises.

Agents discovered a quantity of crack cocaine during a search of the home, along with several other controlled prescription medications. As a result, they arrested Drummond and charged him with trafficking cocaine, three counts of possession of a controlled substance with intent to distribute, and misdemeanor possession of marijuana.

Drummond remains incarcerated at the Coffee County Jail, where he is also being held for a parole violation.