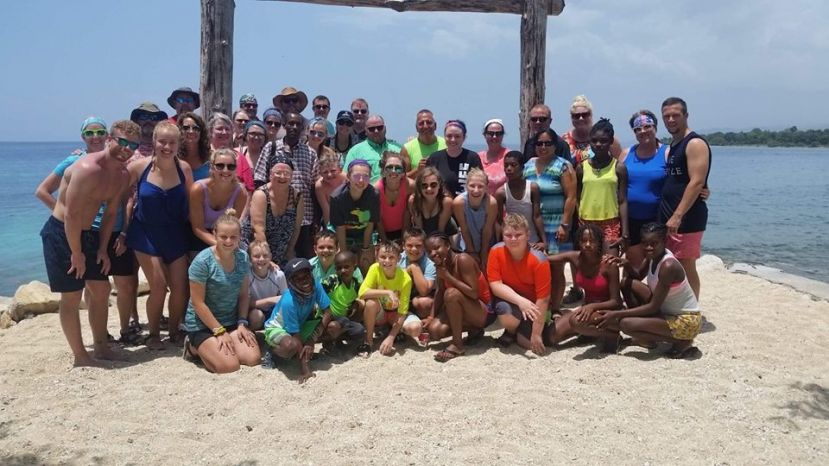 Photo courtesy of GracePointe Baptist Church's Facebook page
It looks like the GracePointe Baptist Church mission team will be coming home from Haiti a little earlier than expected. Violent protests that have paralyzed the impoverished Caribbean nation have also stranded the GracePointe group, which is one of several mission teams in Haiti.
Sunday, several of the team members' families announced via social media that the group, which was supposed to leave Saturday, would be heading home on Wednesday. Until that time, they were advised to stay inside the homes in which they were staying. The team was safe but protestors weren't far away.
Monday, GracePointe announced via its Facebook page that the group would be coming home much sooner. Here is the post: "We have an opportunity to help get our Haiti Mission Team home as soon as possible by the way of professional security and private aviation. The church is covering the cost of this expense, which will be about $2000 per person. If you would like to help cover the cost and make donation you can do so by giving to the church directly or online at this address https://gracepointe.breezechms.com/give/online. Choose the fund 'Team GracePointe Home'."
There are 36 team members on the trip, which brings the cost of the operation to about $72,000. The church hasn't released any further information regarding the scope of the rescue operation or the organization that will be carrying it out.
Tagged under