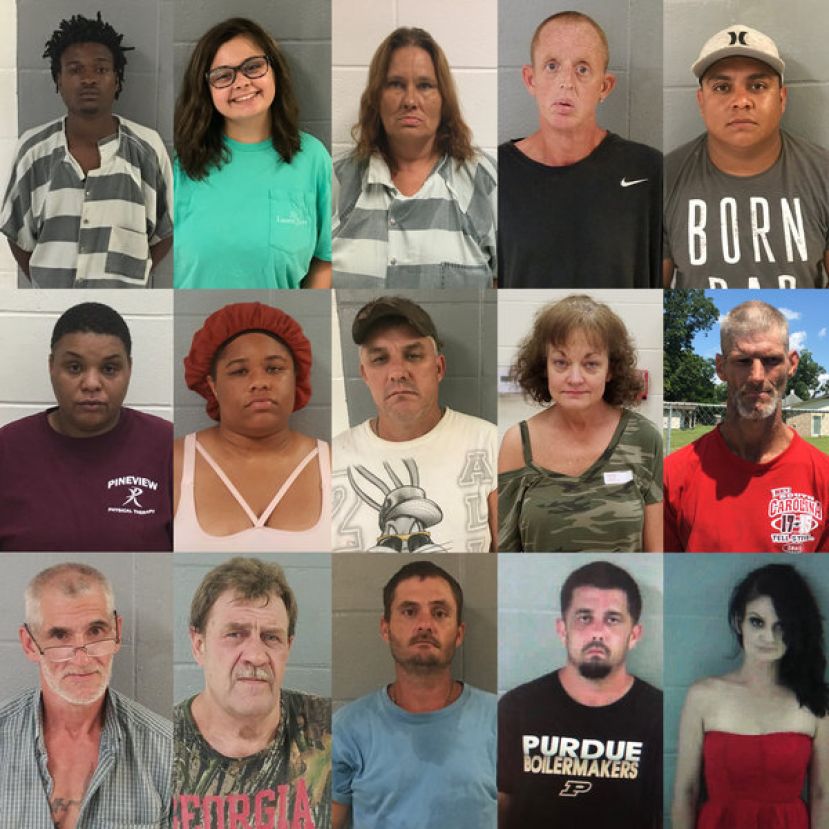 APD arrested Darius Damartez King, 20 of Alma, for obstruction of law after King fled from officers after King was discovered to be trespassing on Alma Housing Authority property.  King was also wanted on warrants for pointing a gun at another and criminal trespass from an earlier incident.

APD arrested Skyler Nicole Lee, 18 of Alma, for prohibition of nude or sexually explicit electronic transmissions after Lee posted a partially nude photo of another on social media.

APD arrested Kim Batson, 47 of Alma, and Charles William Batson, 48 of Alma, for maintaining a disorderly house after responding to a call in the 800 block of S. Church St.

APD arrested Tequasia Watts, 23 of Douglas, for false report of a crime.  On July 23rd, Watts reported her rental vehicle had been stolen.  Watts later admitted she made the report in an attempt to get a refund of rental fees.

APD arrested Robert Jerome Medlin, 46 of Fitzgerald, for DUI-Drugs, possession of methamphetamine, suspended registration, disregard for a traffic signal, and operating an unsafe vehicle.  Officers observed Medlin slide through a red light on S. Pierce St. and 16th St when Medlin’s log truck failed to stop at the intersection.  Officers discovered several of Medlin’s semi tires were missing tread.  Medlin admitted to officers he had ingested methamphetamine earlier in the day before operating his semi-truck; Medlin had suspected methamphetamine on his person at the time of his arrest.

APD arrested Glen Merrill, 53 of Alma, for driving with a suspended driver’s license, no insurance, suspended registration, and failure to obtain a Georgia driver’s license after 30 days of residency following a traffic stop on Perkins St.

APD arrested Steve Williams, 56 of Alma, for misdemeanor possession of marijuana and possession of drug-related objects following a search of his home on Perkins St.

APD arrested Dusty Waters, 35 of Alma, for DUI-Drugs, possession of a schedule III controlled substance, possession of drug-related objects, no insurance, no license plate, and driving without a helmet following a traffic stop on Thomas St.

More in this category: « Alma man shoots self in leg to avoid court CCSO is looking for a convicted sex offender »
Login to post comments