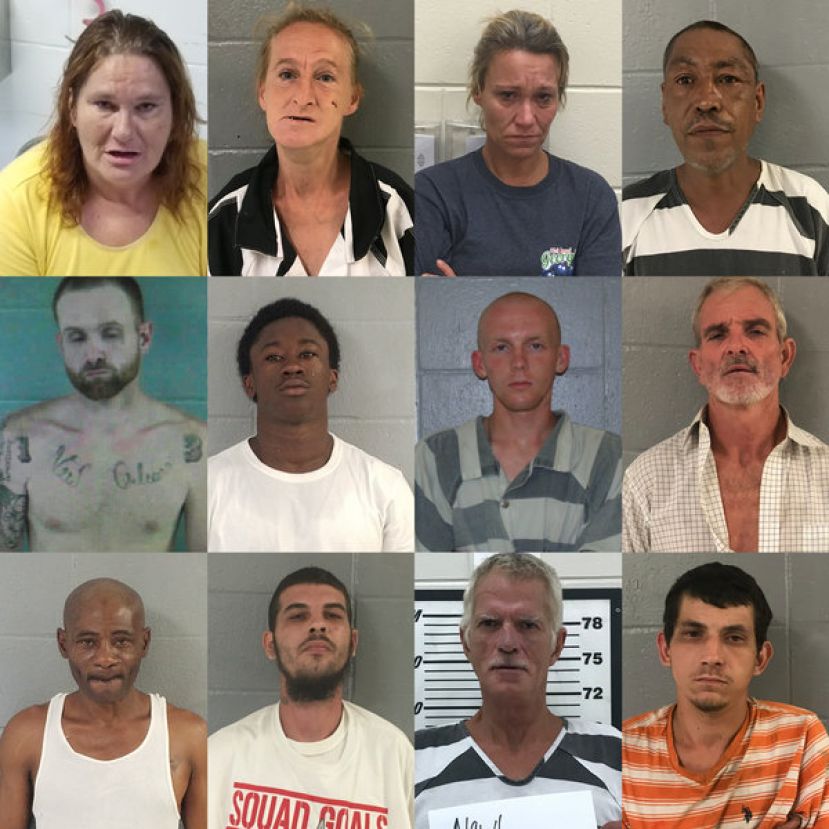 APD arrested Carl Frankenfield, 29 of Alma, for criminal trespass following an incident in the 100 block of E 19th St. on an earlier date.

APD and the Bacon County Sheriff’s Office assisted the Coffee County Sheriff’s Office and the Douglas-Coffee Drug Unit with a vehicle pursuit which ended in the 100 block of Bluebell Dr.  Devin Grady, 42 of Alma, was arrested and transported to the Coffee County Jail by CCSO on multiple charges. Grady is currently on probation for an unrelated offense.

APD and the Bacon County Sheriff’s Office arrested Jesse Ivey, 30 of Alma, on Fisherman Rd.  Ivey was wanted by APD and Hazlehurst PD for theft by receiving stolen property and multiple counts of burglary.

APD arrested Donald Ray Wasden, 51 of Alma, for criminal damage to property-2nd degree in the 200 block of Perkins St following a call of shots fired.  Wasden discharged multiple rifle rounds from inside his Perkins St. home, breaking several windows in the process.  Wasden informed APD in an interview he was under the influence of methamphetamine at the time of the incident.  No injuries were reported.

APD arrested Deaire Simpson, 55 of Alma, for criminal damage to property and theft by taking following an August 9th incident at Flash Foods where Simpson reportedly broke into a gambling machine and took over $1200.00 cash.

APD arrested Kim Batson, 47 of Alma, for obstruction of law enforcement officers and disorderly conduct following a domestic call in the 200 block of W. 17th St.  Batson has been arrested multiple times this year for related offenses.

APD arrested Jose Solis, 47 of Alma, and Teressa Solis, 44 of Alma, for battery (family violence) following a domestic disturbance call in the 500 block of E. 17th St.  Jose and Teressa have been arrested multiple times for similar offenses in the past.

More in this category: « One jailed for meth following chase Police search for accused fraudster, need the public's help »
Login to post comments