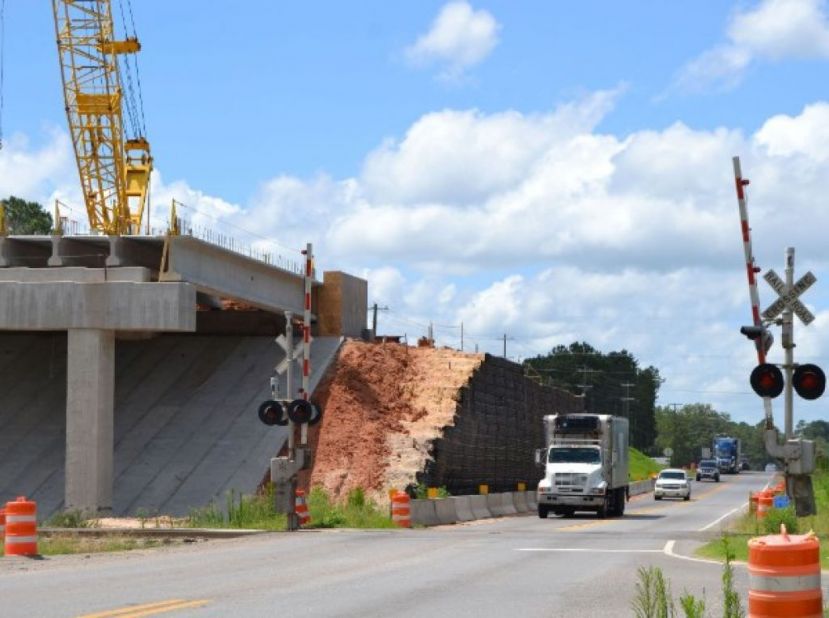 DouglasNow.com file photo The Perimeter Road project, of which this overpass is a part, is now about 64 percent complete.

A portion of South Gaskin Avenue, which closed in late August due to the removal of an old culvert, has been open now for several days. The closure was part of the Georgia Department of Transportation project to widen and reconstruct perimeter road (U.S. 221/SR 135).

A contractor installed a new culvert in June 2017. Removal of the old culvert was delayed to minimize the amount of time a detour would be required. The culvert accommodates the stream that runs under Gaskin Avenue and the widening of perimeter road. The $32.7 million Georgia DOT project is about 64 percent complete. The project begins at U.S. 441, where it ties into the southwest portion of the perimeter road, and ends at SR 32. It includes construction of a bridge to replace the at-grade railroad crossing near Iron Road to enhance safety and alleviate traffic back-ups.

Two lanes of the bridge are open to traffic. Dirt is being hauled in to build up the other side of the overpass. The entire project is due to be finished in May 2020 and the prime contractor is East Coast Asphalt LLC.

More in this category: « Suspect wanted in Jenkins County could be headed to Coffee County Drug unit makes multiple arrests on variety of charges »
Login to post comments