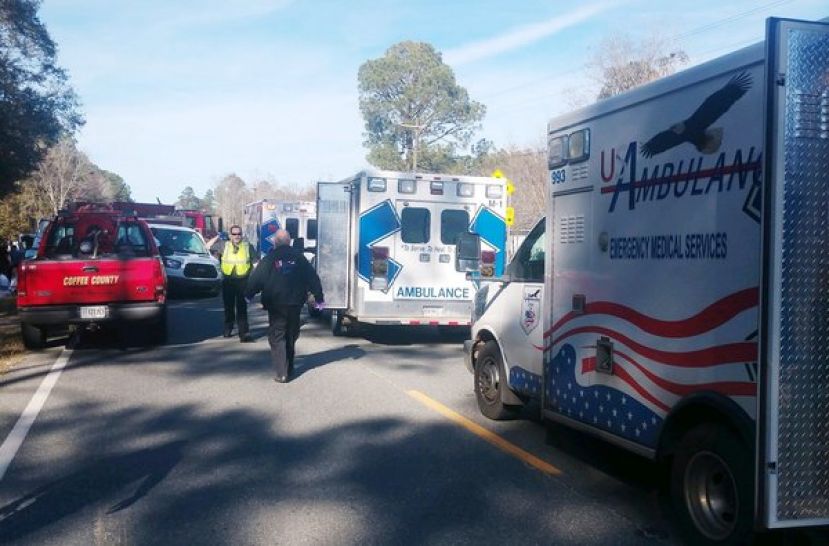 Photo courtesy of the Coffee County Sheriff's Office Officials work the scene of an accident in West Green Tuesday afternoon.

A two-vehicle accident on Highway 221 North in West Green Tuesday afternoon resulted in multiple injuries and a major traffic slowdown through the area for several hours.

According to information from the Coffee County Sheriff’s Office, a vehicle apparently ran a stop sign and struck a prison transport van carrying inmates from Coffee Correctional Facility. All inmates are accounted for, with several being transported from the scene to area hospitals for treatment.

In addition to the inmates, several individuals in the other vehicle were injured. The identities of the occupants of both vehicles have not been released. The Georgia State Patrol is investigating the incident.