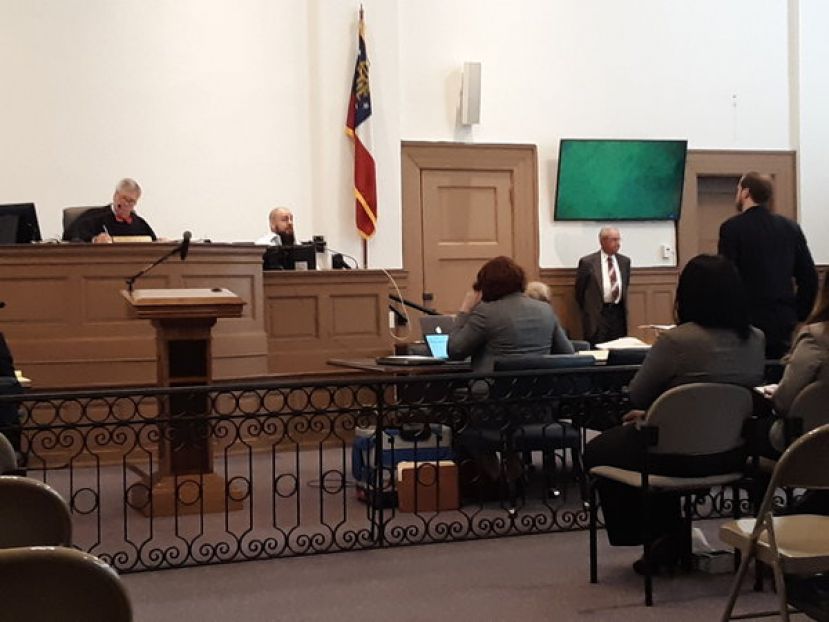 Thursday afternoon, a Wilcox County jury convicted Bo Dukes on four counts related to the murder of Ocilla schoolteacher Tara Grinstead. The jury deliberated less than an hour before returning a guilty verdict for lying to a GBI investigator (two counts), hindering the apprehension of a criminal, and concealing the death of another person.

“This case is like a fire.” With those words attorney John Fox began his closing argument for Bo Dukes in an Abbeville courtroom. Mr. Fox noted how the case had consumed Ms. Grinstead’s family and many others in the community. He also reminded them that the present case is not about the murder of Ms. Grinstead or the destruction of her body. It is about only the four offenses in the indictment set out before them, four indictments stemming from a fourteen-minute interview at the Rochelle Police Department on June 16, 2016. He then explained the requirement for a guilty verdict and the legal meaning of reasonable doubt.

Mr. Fox stated that the GBI agent never asked Mr. Dukes what he did. He only asked if he knew why Mr. McCullough would say anything like that. Mr. Dukes was supposedly drunk and high on cocaine at the time he made the statement about disposing of a body to Mr. McCullough. Mr. Fox maintained that because Mr. Dukes did not remember making the statement to Mr. McCullough, then he didn’t lie to the authorities when he told them that he didn’t know why Mr. McCullough had told the GBI about his statement. He also said that the ‘hindering the apprehension of a criminal’ charge applied only to malice murder. Mr. Dukes had no way of knowing that Ryan Duke had committed malice murder and therefore could not be found guilty of this crime either.

Next Mr. Rigby presented the State of Georgia’s closing. He said that it was thanks to Randy Hudson, the pecan farmer, that they were able to find the little of Ms. Grinstead’s remains that survived the pecan wood fire. Mr. Rigby said that even if Mr. Dukes forgot telling Mr. McCullough, he still should understand why Mr. McCullough would tell the GBI such a thing. That’s making a false statement. And as to hindering, the way Ryan Duke killed Tara was absolutely malice murder, just as Mr. Ryan Duke was charged. Mr. Rigby said that the jury should not look for doubt, as the defense instructed, but look for the truth. Their duty was to the truth. Mr. Rigby then reiterated the terrible steps Mr. Dukes had gone through; moving the naked body; seeing the injury to her neck; burning the body over two days. He asked the jury if Mr. Dukes could forget those things.

Before closing Mr. Rigby read from the Book Isaiah and asked the jury to speak so that no one will doubt that in Abbeville and the surrounding community there is still justice to be found. At 4 p.m. Judge Chasteen charged the jury so that they could begin their deliberations. They returned their verdict before 5 p.m.