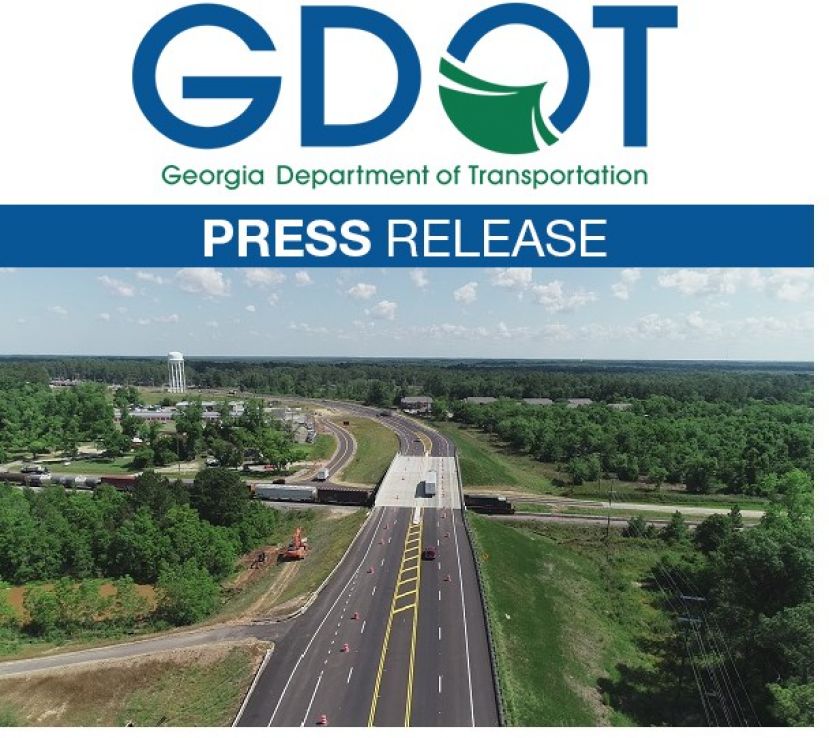 After three years, the Perimeter Road widening project, which includes a new overpass on the east railroad crossing, is all but over. All lanes are expected to open Tuesday, May 21, according to a press release from the Georgia Department of Transportation.

The $32.9 million project to widen and reconstruct SR 135/Douglas perimeter road has improved traffic flow and city officials are eager to see its impact on commercial development.

Construction began in May 2016 to widen the route to four lanes from US 441/SR 31 to SR 32. Contractor East Coast Asphalt LLC expects to open all lanes May 21.

"Obviously we’re excited. Transportation infrastructure is a main component to any commercial development and optimal traffic flow," Douglas City Manager Charles Davis said. "That side of town is where all the commercial growth is happening and this will spawn more development."

The project included construction of a bridge to replace the at-grade railroad crossing near Iron Road. "We had traffic backing up. Now trains can move through and drivers don't have to wait," Davis said. The bridge also offers drivers a safer route, removing the possibility of a vehicle vs train collision.

Motorists will notice some traffic signal changes, the biggest of which is at the intersection of SR 135 and US 441/SR 31. In the past drivers got a green left turn arrow but could also turn on circular green if there was a safe gap in oncoming traffic. Drivers can now turn left only on the green arrow. Once construction barrels are removed each approach will offer double left turn lanes. Flashing yellow arrow (FYA) signals have also been installed at several intersections. FYA signals allow drivers to turn left on a flashing yellow arrow after yielding to pedestrians and oncoming vehicles.