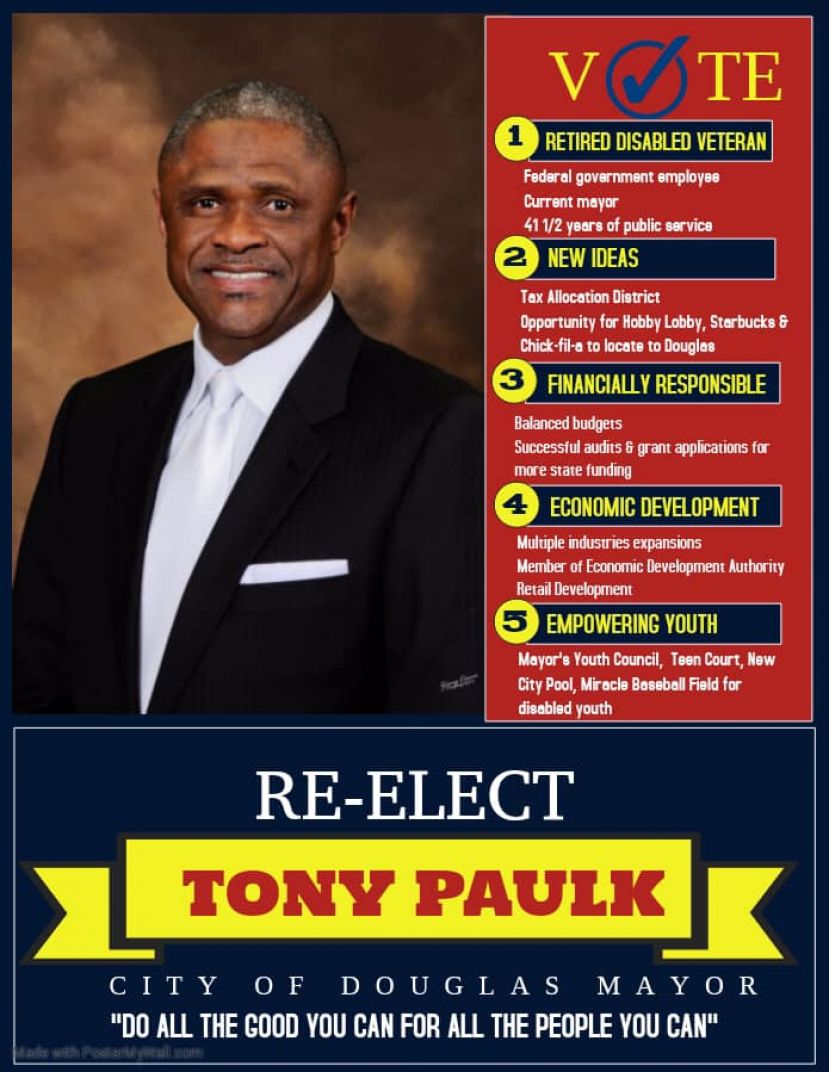 Mayor Tony Paulk has announced his re-election bid for the office of mayor. He released a short statement that included a photo with his platform on his personal Facebook page a week ago.

Mayor Paulk is completing his second term as mayor – but his first since 2008. Paulk was elected mayor in 2004 and served one term. After eight years out of the spotlight, Paulk challenged incumbent James Dennis four years ago and won with 53 percent of the vote.

Thus far, Mayor Paulk is the only candidate to publicly enter the race. The election takes place in November. In addition to the office of mayor, all six city commission seats are also on the ballot.