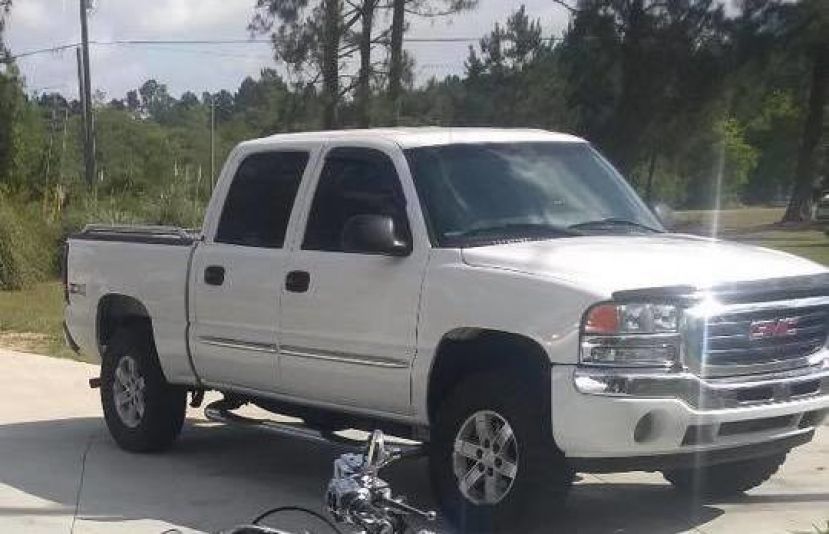 Photo courtesy of Facebook This 2005 GMC Sierra was stolen from Baymeadows on July 3.

On July 3, deputies from the Coffee County Sheriff’s Office responded to a Kingfishers Court residence in the Baymeadows Estate area in reference to a stolen 2005 GMC Sierra. Deputies discovered that the vehicle was taken from the driveway of the residence along with a pink electric scooter.  The scooter was discovered a few yards down from the residence and returned to the owner.

Deputies then requested assistance from the Criminal Investigations Division in locating the stolen vehicle. Detectives responded to the location and processed the scene.

Officers issued a BOLO to the neighboring agencies in hopes the vehicle could be found. After a few hours, neighbors in the area came together and assisted the owners with an area search in which the vehicle was located in a wooded area on the backside of Baymeadows.

Detectives responded to the location and processed the scene as well as the truck.  As a result of the investigation, three male juveniles were located and charged with theft by taking of a motor vehicle and were referred to the Department of Juvenile Justice for further action.

The Coffee County Sheriff’s Office would like to thank the residents in the area for their assistance in the search and supplying several photos, and videos, from residential surveillance cameras.