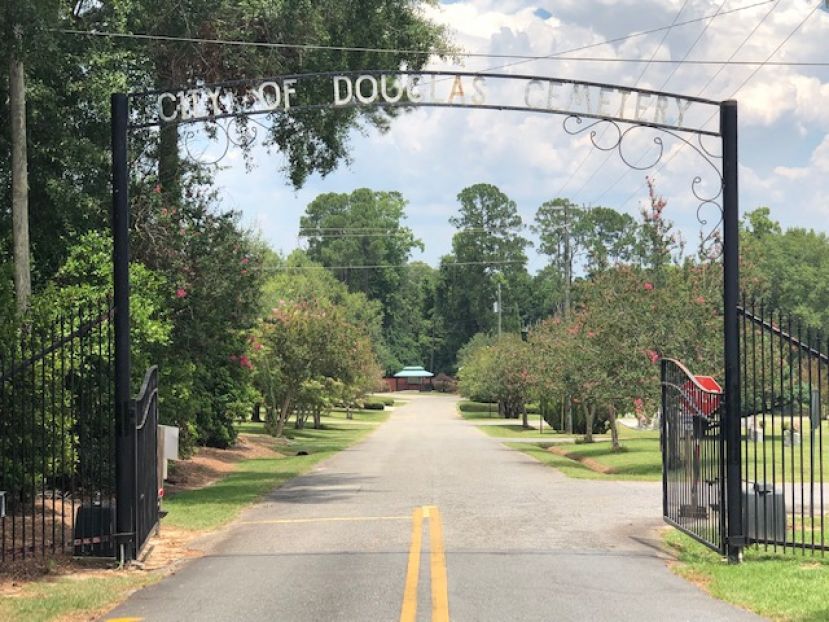 Robert Preston Jr./DouglasNow.com The Douglas City Cemetery has been the centerpiece of a bribery investigation that culminated in the indictment of three individuals last week, one of whom was the cemetery manager.

The Grand Jury met on Thursday, July 25, 2019, and made its decision. The indictments remained sealed until Thursday, Aug. 1, 2019, when Judge Andy Spivey opened the indictments in Superior Court.

According to the indictments, the Grand Jury returned true bills against Henry Milhollin, the cemetery manager, on three counts: two of bribery and one of improper influence of co-officer or employee. The indictment states that between Aug. 7, 2015 and April 4, 2016, Milhollin “did unlawfully accept money . . . from Keith Hawthorne, by an agent of Bailey Monument Company, inducing reasonable belief that the giving of [money] would influence [Milhollin] in the performance of his duties supervising and monitoring the activities of the Douglas City Cemetery.”

The second count states the same thing, this time in reference to Doug Ward of Ward Monument Company, between March 1, 2017 and June 1, 2019. The indictment explains the third count, improper influence, as follows: Milhollin allegedly received a payment from Ward and “thereafter Henry Milhollin complained to Roger Goddard, a City of Douglas Code Enforcement Officer, about Bailey Monument, a competitor to Ward Monument Company in an effort to have Roger Goddard take action to hinder Bailey Monument Company from performing burials in the City of Douglas Cemetery.”

The Grand Jury also indicted Hawthorne and Ward on one count each of bribery.

Milhollin and Ward, who both live in Douglas, have both reported to the Coffee County Jail and posted bond.