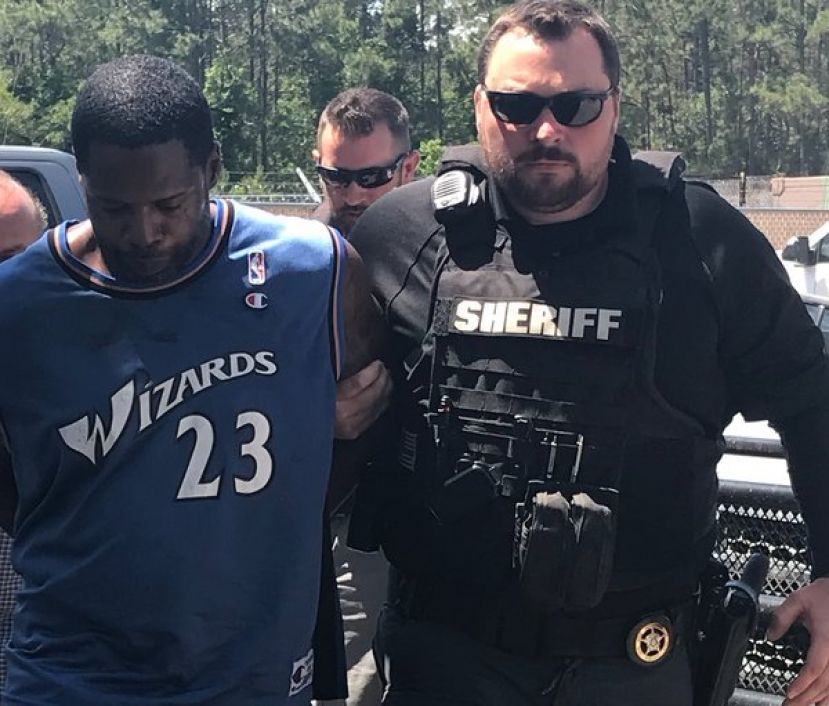 Freddie Lampkin, Jr. was found guilty on Thursday, Aug. 23, 2019, by a Coffee County jury for the murder of Chris Tyson that occurred on May 7, 2018.  The case was prosecuted by Assistant District Attorney Ian Sansot and Judge Andy Spivey presided over the proceedings.

The evidence showed that Chris Tyson (who had just completed his training to become a Georgia state trooper) was at the home of Margie Carson, his wife's aunt, to repair her dryer.  Sometime between noon and 1 p.m., Lampkin (who was in an on-again, off-again relationship with Ms. Carson) arrived at the residence and accused the two being involved in some affair.

Mr. Tyson, who was carrying a tool bag, left the residence and was followed by Lampkin, who continued to have words with Mr. Tyson.  According to Lampkin's own interview with law enforcement, Mr. Tyson "smirked and snickered" at Lampkin and his accusations, causing Lampkin to "snap."  At this point, he admitted to pulling out a handgun and shooting Mr. Tyson who fell face first on the ground.  Lampkin then, by his own admission, walked around a vehicle, returned to Mr. Tyson's body, where he proceeded to shoot Mr. Tyson in the back until he "ran out of bullets."

Multiple eyewitnesses to the shooting also verified Lampkin's own sequence of events.  The medical examiner, who performed the autopsy, testified that out of the 11 times Mr. Tyson was shot, nine of them were in the back.  In his interview with law enforcement, Lampkin made multiple incriminating statements to the effect of "I know what kind of murder that is" and "when you open your mouth and start playing tough guy, this is what happens."

Lampkin elected to plead guilty, after the jury returned their verdict, to a separate count of possession of a firearm by a convicted felon during the commission of a felony -- a separate charge for using a firearm during the murder after he had previously been convicted in 2002 in Telfair County of four counts of aggravated assault for shooting four people.

After a lengthy and emotional sentencing hearing (during which Lampkin shouted into the courtroom that he was "a motherf-ing weapon" before being restrained by deputies), Judge Spivey sentenced Lampkin to life without the possibility of parole followed by a consecutive 15 years of prison for the firearm charge -- the maximum allowed under the law.

District Attorney George Barnhill thanks the work of Agent Jason Nipper, the GBI, Sheriff Doyle Wooten and the Coffee County Sheriff's Office, and all other officers and witnesses involved in bringing this case to justice.

More in this category: « Police make arrest after kitten shot in the face Dr. Clough named Conservationist of the Year »
Login to post comments