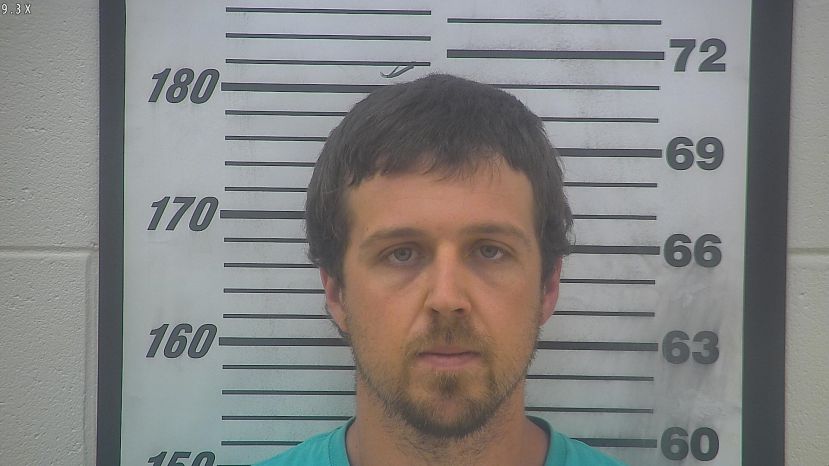 Coffee County deputies and investigators have been very busy over the last few months, making numerous arrests and recovering a great deal of stolen property. Officers have also worked several crimes against persons.

On September 10, 2019, deputies from the Coffee County Sheriff’s Office responded to Douglas Electric on the Willacoochee Hwy in reference to a burglary. The complaintant reported that money had been taken. Detectives were requested and after a brief investigation arrested Otis Paulk, 64, of Douglas, and charged him with burglary.

On September 19, 2019, a female subject contacted the Coffee County Sheriff’s Office and made a report of child custody interference. The female reported to a deputy that her child’s father had contacted her and ask for permission to keep the child during the summer months. The father, identified as Frederick Dewayne Williams, picked the child up from the female’s residence in June and took the child to his home located in New York. The female advised that after the agreed visitation period had expired, he refused to bring the child home and stopped communication with her. The incident was turned over to detectives and after an investigation a warrant for interstate interference with child custody was obtained for Williams.

On October 8, 2019, deputies and detectives responded to Quinton Kirkland Road in reference to a domestic violence incident. Upon arrival at the location, a white male was located who had been beaten by a relative. The relative had left the location prior to law enforcement arrival. After an investigation of the incident, the offender was identified as Johnny Ryan Floyd. Warrants were obtained for Floyd’s arrest. On October 28, 2019, deputies located a white Ford F150 being driven by Floyd traveling on Highway 221 North near Cross Road. Deputies activated their emergency lights and audible siren in an attempt to perform a traffic stop on the vehicle. Floyd refused to stop and led the deputies on a brief chase at speeds up to 100 mph. Deputies discontinued the chase for safety concerns for themselves and the public. As a result of that incident, and the prior incident Floyd now has warrants for battery and attempting to elude. Floyd is currently wanted by the Coffee County Sheriff’s Office.

On October 9, 2019, a female contacted Coffee E-911 and reported that she was injured during an incident that had occurred at a convenience store in the Bethel Community on the Willacoochee Highway. Deputies were dispatched to the location and met with the female. The female stated that she had met a male subject at the store to sell him a cellphone. The female stated that she had handed the male subject the phone and he gave her the money, she stated that she after looking at the money she believed it was counterfeit. The female reported that an altercation then occurred between the two and this resulted in her being dragged a short distance by the male subject as he was driving away. Detectives were notified and after an investigation identified the male subject as Gregory Tavion Bryant, Jr. Bryant, 22, of Douglas, was arrested without incident a short time later and charged with aggravated assault and theft by deception.

On October 11, 2019, deputies responded to a residence on Ronnie Walker Road in Nicholls in reference to a theft of a John Deere tractor with a front-end loader. With the assistance of the victim, detectives located the tractor at Rebel Auction in Hazlehurst. After further investigation, detectives identified Nicholas Brett Henderson as the suspect. Henderson, age 29, of Millwood, was arrested and charged with theft by taking (motor vehicle).

On October 20, 2019, deputies and detectives responded to Coffee Regional Medical Center emergency room in reference to a sexual assault. At the location detectives spoke with a 12-year-old juvenile who stated that she was sexually assaulted by a male subject identified as James Davis. During the investigation it was discovered that there was also another 12-year-old juvenile that was also a victim of sexual assault by Davis. As a result of this investigation, child molestation warrants were obtained on Davis. Davis, age 47, of Douglas, turned himself into the Coffee County Sherriff’s Office.

On October 24, 2019, deputies were dispatched to the area of 1207 St. Illa Church Road in reference to burglary that had occurred at the location. The homeowner advised that he had discovered that someone had taking tools from his storage container and building. The victim suspected an individual that he identified as Colton Lamar Roberts. The victim stated that he located Roberts in a shed behind his residence and confronted him which resulted in the two getting into a physical altercation because the victim had seen some of his tools in Robert’s shed. The victim reported that later that day a relative of Roberts came to his residence and give him some more of his property back. Detectives were notified. Roberts, age 28, of Douglas, was arrested without incident and charged with burglary in the second degree.

On October 30, 2019, deputies responded to 1189 Bethel Road Lot 106 in reference to a possible burglary in progress. Upon arrival deputies were advised that two black males had broken into the residence after the owner left. Deputies made an entrance into the residence and located two black males hiding underneath a bed. The owner arrived back shortly and entered the home. He advised the deputies that there was a black bag that was out of place but did belong to him. There were several items inside the bag that belong to him but a hammer inside the bag did not. Deputies transported the two individuals to their residences also located in the same mobile home park. Deputies recovered several pairs of shoes and a watch that belonged to the victim. As a result, Korey Grayer, age 22, of Douglas, and a juvenile were each charged with one count of first degree burglary.

On June 10, 2019, deputies were dispatched to 95 Red Maple Avenue in reference to a burglary. The homeowner stated that someone went inside her home and took two 35-inch TV’s, a PlayStation 4, an Xbox 360, Jewelry, a NUK Tablet, a landscape mower, air compressor and a chainsaw. Detectives were notified and after an investigation that lasted over five months, they made two arrests. Officers arrested Margaret Cecile Davis, age 42, of Douglas, and Thomas Anthony Fussell, age 34, of Douglas.