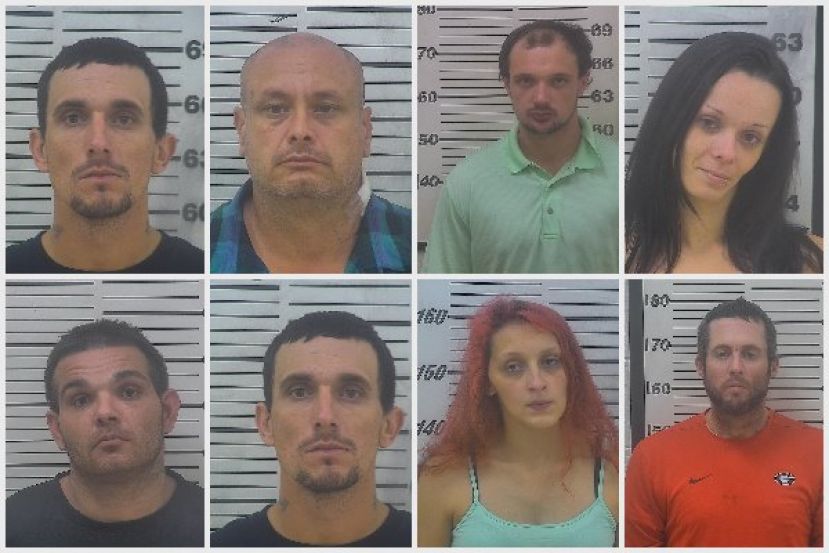 On November 25, 2019, a Coffee County K9 deputy conducted a probable cause stop on a vehicle driven by Timothy Thomas, 32, of Pearson. Thomas attempted to pull his vehicle into a parking spot at BB&T Bank in Douglas to avoid the deputy. A quantity of suspected methamphetamine was seen in plain view while the deputy spoke to Thomas. A search of the vehicle was conducted, and more methamphetamine was found hidden in the vehicle. Thomas and the passenger in the vehicle, who was identified as Marina Harper, 24, of Douglas, were both arrested for possession of methamphetamine and transported to the Coffee County Jail.

Also on December 1, 2019, a Coffee County Drug Unit detective conducted a probable cause traffic stop on a vehicle driven by Justin Williams. The detective was aware that Williams’s driver’s license was suspended. Williams turned into an apartment complex and accelerated for a short distance before coming to a quick stop. Williams was placed under arrest for driving with a suspended license. A search of the vehicle indicated that Williams attempted to throw suspected methamphetamine out of a window that was rolled up. Williams, 27, of Lumber City, was charged with driving with suspended license and possession of methamphetamine. He is currently in the Coffee County Jail

On December 2, 2019, the Coffee County Drug Unit was dispatched to 1431 Fitzgerald Highway in Douglas. After a brief investigation, Johnathan Paul Harper, 32, of Nicholls, was arrested for being in possession of methamphetamine, possession of buprenorphine hydrochloride Sublingual tablets (a Schedule III Controlled Substance) and possession of Alprazolam, (a Schedule IV controlled substance). In addition to these charges, Harper was also found to have an active bench warrant for his arrest. At the same location, Jessica Nettles, 29, of Douglas, was arrested on an active bench warrant. Both individuals were transported to the Coffee County Jail.