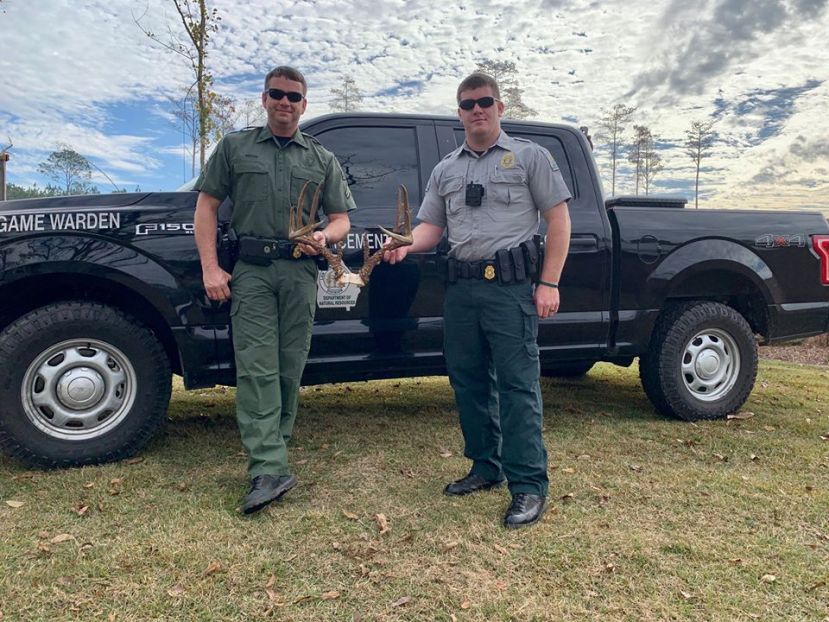 Late last week, Department of Natural Resources officers made an arrest after a 13-point buck was allegedly shot and killed from a roadway in Willacoochee.

According to a post on the DNR’s Facebook page, game warden Luke Rabun received a tip that a 13-point buck had been shot from a vehicle on Nov. 26 in Willacoochee. Rabun investigated the incident and he, along with Cpl. Tim Hutto, gained a confession from a passenger in the vehicle as well as the alleged shooter.

On Friday, Dec. 6, 2019, they executed two arrest warrants for hunting from a vehicle and hunting big game from a public road. According to law enforcement officials in Atkinson County, Nick Hoopiiaina allegedly shot the deer. Rabun and Hutto recovered the rack of the deer.