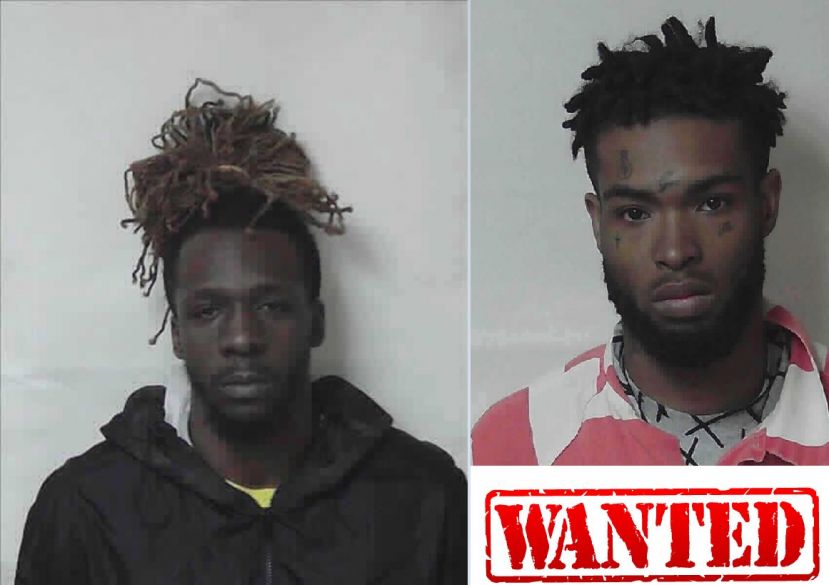 Photo courtesy of the Coffee County Ga. Police Scanner Facebook page Creon Jones (left) was arrested and charged with armed robbery in connection with an incident that took place in Willacoochee on Feb. 2. Jernard Walker (right) is wanted by authorities for questioning in relation to the same incident.

Two armed customers in the One-Trip store in Willacoochee may have kept an armed robbery at the store from turning into something much more serious.

According to a statement released by Atkinson County Sheriff David Moore, at 4:10 a.m. on Feb. 2, 2020, a male armed with a handgun walked into the One-Trip and ordered employees to get money from the cash register. Four people were in the store – two of whom were armed. They drew their guns and told the robber to stop. The robber took as much cash as he could grab and ran out of the store.

Deputies from the Atkinson County Sheriff’s Office and officers from the Willacoochee Police Department responded. They soon arrested Creon Qumain Jones, 25, of Willacoochee. He was charged with armed robbery. Officers are looking for Jernard Walker, 23, in connection with the case.

More in this category: « Jimmy Kitchens to run for re-election for county commissioner District 2 CSX to close railroad crossings for maintenance in March »
Login to post comments