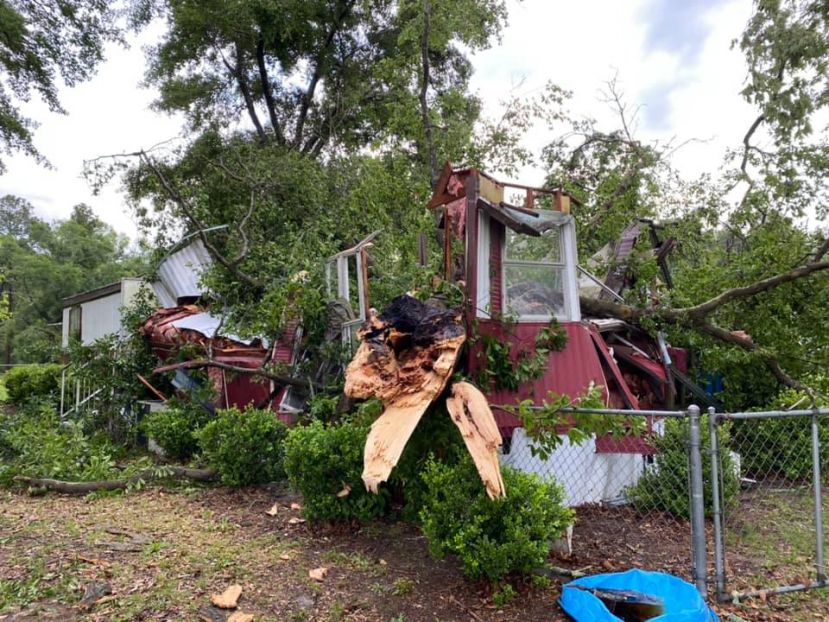 Photo courtesy of Tip Top Deli's Facebook page A tree fell on this home in Coffee County, causing severe damage. Thankfully, no one was injured.

A severe storm system ripped through Coffee County in the pre-dawn hours of Monday morning, downing trees, damaging property, and leaving thousands without power throughout the county.

The storm was part of a larger system that left a swath of destruction from Mississippi across Alabama and into Georgia. Coffee County received about an inch of rainfall and tremendous winds. Reports of tornadoes touching down in the county and even in downtown Douglas started showing up on social media right after daylight. Thankfully the storm didn’t last long but it made its presence felt in the short time it took to move through.

According to Satilla REMC’s web site, as of 11 a.m., there were 2,175 customers in Coffee County without power. A large portion of the Baymeadows subdivision was without water as well. Many others all over the county also had no water. Several homes suffered extensive damage from trees and limbs, and a number of roadways were blocked.

By 11 a.m., all tornado watches and severe thunderstorms had expired.