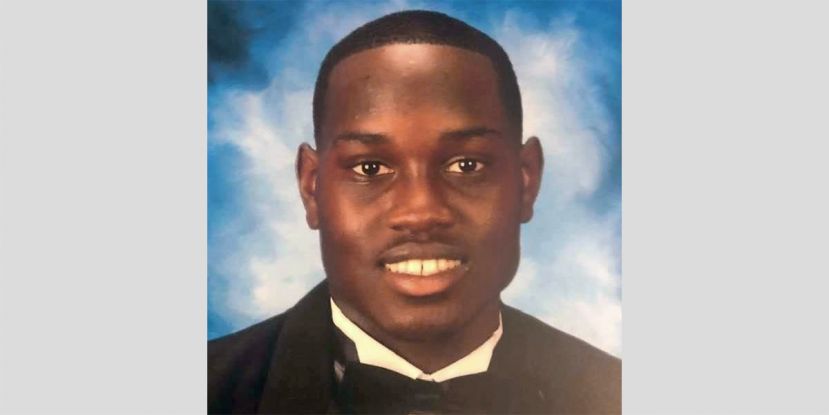 The Feb. 23, 2020, shooting death of Ahmaud Arbery, 25, in Brunswick keeps getting closer and closer to Coffee County. First, Waycross Judicial Circuit District Attorney George Barnhill was asked to take the case and ultimately recused himself – but not before offering an opinion on the case, stating that he felt as though Arbery’s shooting was legally justified.

Late last week, media outlets released additional video footage showing what Arbery was doing moments before Greg and Travis McMichael chased him down in a pick-up truck and shot him dead in the street. The new footage shows Arbery in a home under construction, where he spent a few minutes looking around before leaving.

Turns out that home is owned by Larry English, 50, of Douglas.

English, a Douglas native who still lives here with his family, was building the home as a vacation getaway on the water, according to a story posted on May 12, 2020, by NBC News. The story quoted English’s attorney, Elizabeth Graddy. In the story, Graddy states that English may not move into the home once it’s completed. “Now, it’s honestly not safe,” she said in the NBC story. She added that the home will “be forever associated with this tragedy.”

Graddy also stated that Arbery didn’t take anything from the home while he was inside. After leaving English’s house, Gregory and Travis McMichael chased Arbery in a pick-up truck, ultimately shooting and killing Arbery in the street. After video of the shooting was released, the McMichaels were arrested and charged with aggravated assault and murder. The arrests took place last week, nearly three months after the shooting. They are being held in the Glynn County Jail without bond.

The NBC story states that English received a notification that the cameras in the home had been tripped. He called a neighbor, who informed him that Arbery had been killed. English then turned the video over to Brunswick police.

Sunday, the state attorney general’s office asked the Department of Justice to investigate Arbery’s shooting, including the statements made by Barnhill in his recusal letter.