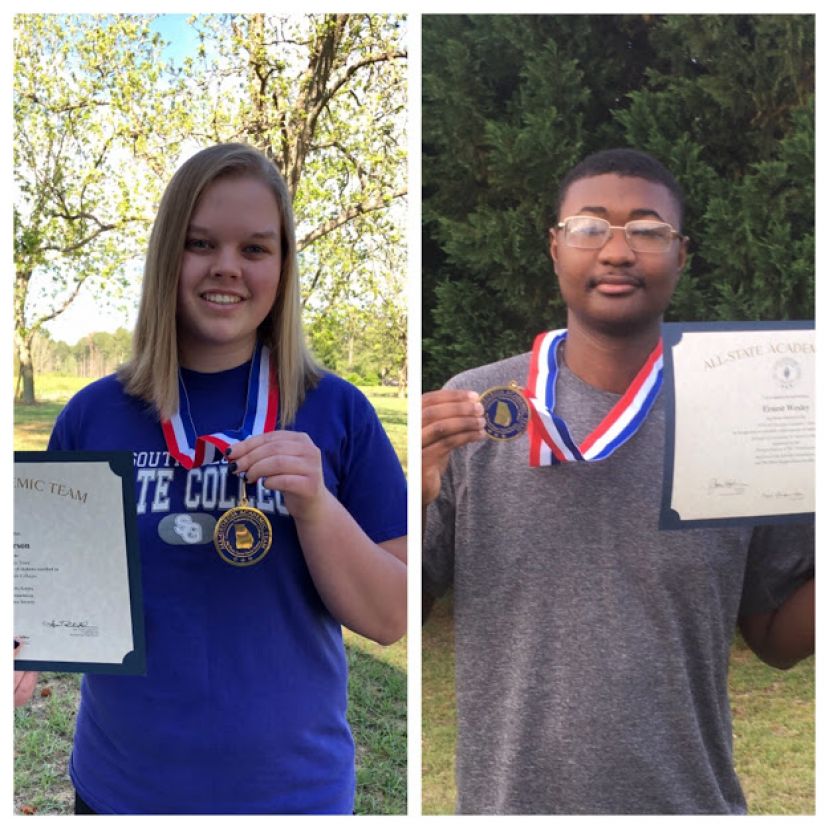 South Georgia State College (SGSC) students Kaylen Wilkerson of Douglas and Ernest Wesley of Fitzgerald were named to the All-Georgia Academic Team, a program recognizing the scholarly achievements of students enrolled in two-year programs at Georgia's colleges and universities.

Kaylen Wilkerson studies allied health at South Georgia State College. She is an active member of the Kappa Sigma chapter of PTK and the President of the Environmental Awareness Club. Upon graduating, she will embark on an 18-month mission for The Church of Jesus Christ of Latter-day Saints serving in Provo, Utah. When she returns, she plans on transferring to a four-year institution to pursue a career in occupational therapy.

Ernest Wesley studies business at South Georgia State College and serves as the president in the Kappa Sigma PTK Chapter, as well as working with the regional chapter leadership team. He is a peer tutor in the Academic Success Center at SGSC and is involved with student government and other student organizations on campus. Upon graduating and transferring to a Mississippi State on a Phi Theta Kappa scholarship, Wesley plans to earn a degree in sports management.

Phi Theta Kappa Honor Society is the largest honor society in American higher education with more than 1,300 chapters on two-year and community college campuses in all 50 of the United States, Canada, Germany, Peru, the Republic of Palau, the Republic of the Marshall Islands, the Federated States of Micronesia, the British Virgin Islands, the United Arab Emirates and U.S. territorial possessions. More than 2.5 million students have been inducted since its founding in 1918, with approximately 135,000 students inducted annually.