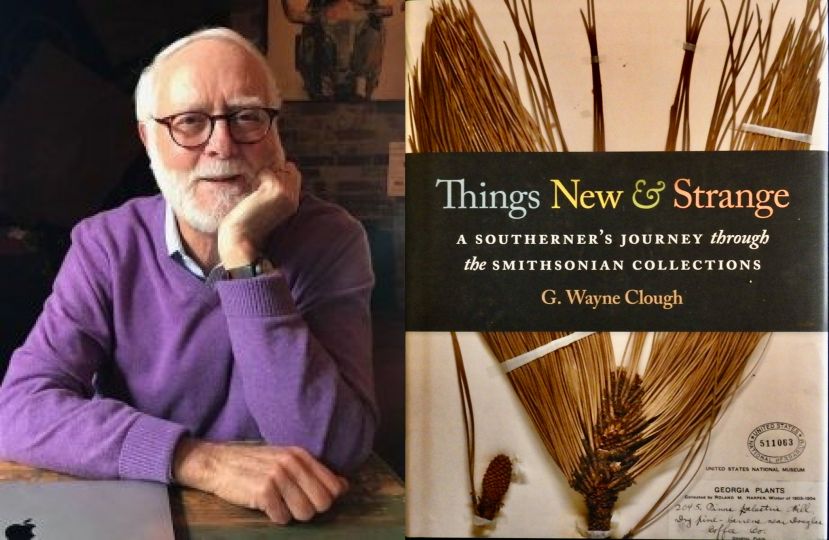 Dr. G. Wayne Clough, Douglas native and former President of the Georgia Institute of Technology and Secretary of the Smithsonian Institution, has been named the Georgia Author of the Year in the History category for his book titled Things New and Strange: A Southerner's Journey Through the Smithsonian Collections. One of 10 authors nominated his category, the Georgia Writers Association announced the winners on Saturday, June 13, on Facebook Live. A total of 110 authors were nominated in 14 categories.

Things New and Strange chronicles a research quest undertaken by Dr. Clough, the first secretary of the Smithsonian Institution born in the South. Soon after retiring from the Smithsonian, Clough decided to see what the Smithsonian collections could tell him about South Georgia, where he had spent most of his childhood in the 1940s and 1950s. The investigations that followed, which began as something of a quixotic scavenger hunt, expanded as Clough discovered that the collections had many more objects and documents from South Georgia than he had imagined. These objects illustrate important aspects of southern culture and history and also inspire reflections about how South Georgia has changed over time.

Clough's discoveries―animal, plant, fossil, and rock specimens, along with cultural artifacts and works of art―not only serve as a springboard for reflections about the region and its history, they also bring Clough's own memories of his boyhood in Douglas, Georgia, back to life. Clough interweaves memories of his own experiences, such as hair-raising escapes from poisonous snakes and selling boiled peanuts for a nickel a bag at the annual auction of the tobacco crop, with anecdotes from family lore, which launches an exploration of his forebears and their place in South Georgia history. In following his engaging and personal narrative, readers learn how non-specialists can use museum archives and how family, community, and natural history are intertwined.

Things New and Strange is published by the University of Georgia Press.

More in this category: « Pilgrim's presents local student with full scholarship to University of Alabama Deputies and detectives make arrests in drug cases, a shooting, and other investigations »
Login to post comments