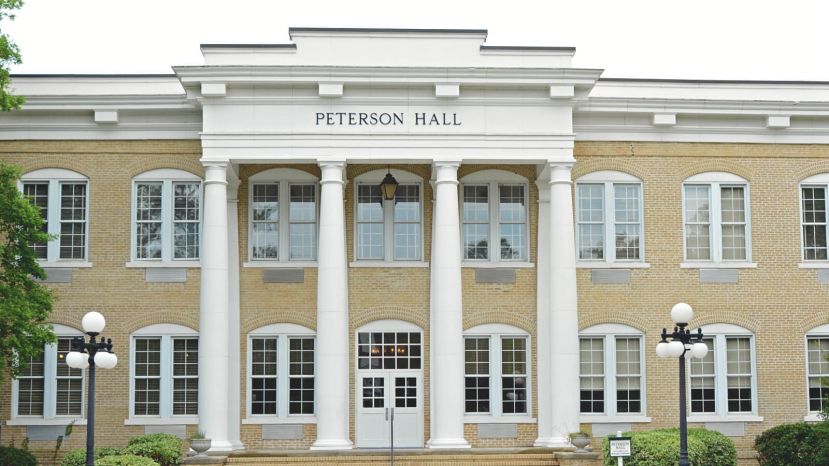 SGSC's impact demonstrates significance for the region as shown in the study compiled by the Selig Center for Economic Growth at the University System of Georgia's Terry College of Business. Students, faculty, staff, alumni and visitors played a role in the more than $68 million recorded as the economic impact of the service area for fiscal year 2019 (July, 2018 through June, 2019). This area includes Coffee, Atkinson, Bacon, Jeff Davis, Ware, Pierce, Brantley and Clinch counties. During fiscal year 2019, SGSC's total employment impact was noted as 742 on-campus and off-campus jobs that exist due to institution-related spending.

With the recent University System of Georgia approval of a new Bachelor of Science in Mechanical Engineering Technology program, SGSC is carrying out its strategic plan to establish and strengthen partnerships with local businesses and industries by developing new academic programs that respond to their needs. The program, pending approval from the Southern Association of Colleges and Schools Commission on Colleges (SACSCOC), will become one of seven other baccalaureate programs and 19 pathways to Associate of Art and Associate of Science degrees. More students are choosing to remain at SGSC for completion of their education before entering the workforce by matriculating in one of the existing baccalaureate programs. SGSC's academic portfolio includes, the Bachelor of Science degrees in Biological Sciences (BSBS), Management (BSM), and Nursing (BSN), Public Service Leadership (PSL), Elementary/Special Education (ELE/SPED) and Long-term Healthcare Management (LHM), as well as the Bachelor of Art degree in Professional Business and Technical Writing (PBTW).

"In addition to contributions to the economic health of the region, it should be noted that South Georgia State College saw its highest numbers in degrees conferred with a 41 percent increase from spring 2014 to spring 2019. The degrees turn into earnings as they enter the workforce," says Dr. Thompson-Sellers. "According to work-life estimates from the USG, a Class of 2019 graduate is predicted to earn $888,563 more over the course of their career as a result of a degree from a USG institution, which includes SGSC. Our students are among those experiencing success beyond their degrees."

Jeffrey M. Humphreys and Alexandra Hill of the Selig Center conducted the study titled "Lifetime Earnings for University System of Georgia Class of 2019." The Center's research shows work-life earnings increase substantially with each step up in postsecondary educational attainment for both Georgia and the nation as a whole.

More specifically, higher education credentials increase the work-life earnings of the median Georgia resident by $415,570 for an associate degree and $1,211,615 for a bachelor's degree. Beyond a bachelor's degree, the payoff to the graduate yields smaller percentage increases but is still substantial and valuable for the future.

The Selig Annual Report is conducted on behalf of the Board of Regents by Jeffrey M. Humphreys, Ph.D., director of the Selig Center for Economic Growth in the University of Georgia's Terry College of Business. The report shows that The University System of Georgia (USG) recorded a statewide economic impact of $18.5 billion for fiscal year 2019, a 4.6 percent increase from fiscal year 2018. USG also generated 157,770 jobs. The full report is available here:  https://www.usg.edu/assets/usg/docs/news_files/USG_Impact_2019_(1).pdf and the Lifetime Earnings for University System of Georgia Class of 2019 study can be found here: https://www.usg.edu/assets/usg/docs/news_files/USG-Lifetime_Earnings_2019_(1).pdf

More in this category: « CRMC to host blood drive on October 27 Satilla River gets another clean bill of health »
Login to post comments