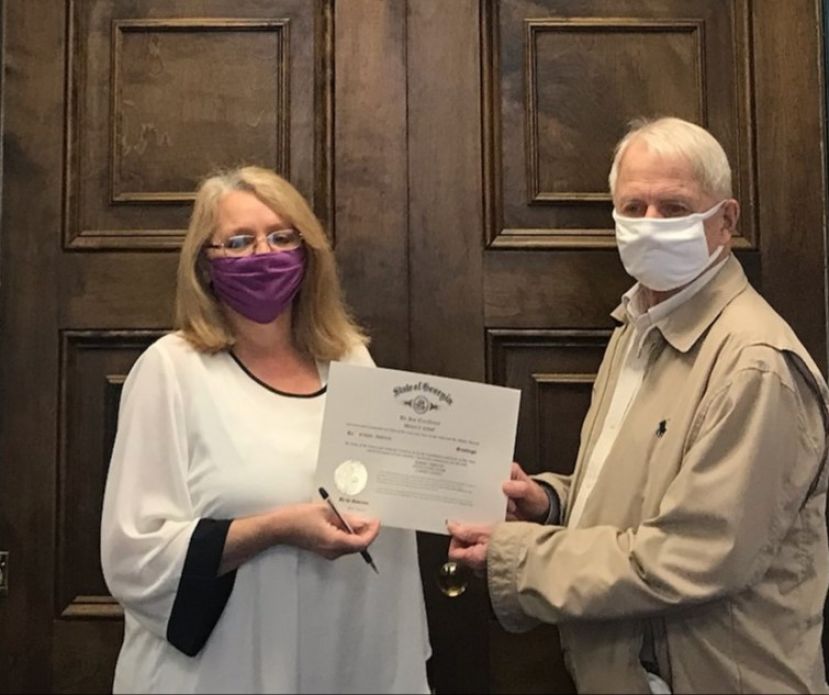 Submitted photo State Court Judge Bob Preston takes his oath of office after being re-elected in 2020.

Superior Court Judge Dwayne Gillis and Probate Judge Beverly Johns administered the oaths of office to county officials who were elected in 2020. Instead of doing a typical investiture ceremony with all officials present as usual, the judges called everyone in individually. Here are the officials who were sworn in:

More in this category: « CSX to close crossings near Nicholls for repair Feds nab 28 in Southern District's most successful drug investigation, still looking for four suspects »
Login to post comments