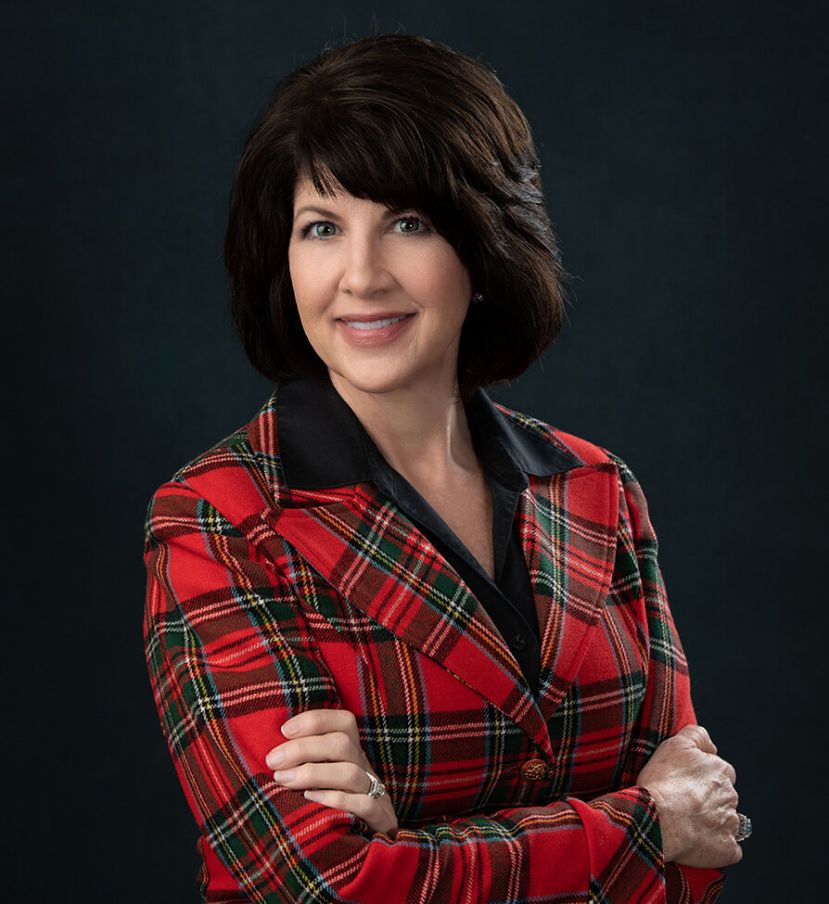 Submitted photo The end of April will be the end of Wiregrass President Dr. Tina K. Anderson’s tenure at Wiregrass, but a new beginning for her.

The lyrics to Wiregrass Tech’s new song, “Giving Work a Good Name,” reflect the legacy that President Dr. Tina K. Anderson will be leaving upon her retirement at the end of April. Devoting years of service to technical education, her passion for what technical education provides led her to write the lyrics to a song that is now Wiregrass’s anthem. The lyrics share how talented Wiregrass Tech and all technical college students are, how they set themselves apart, and how they are dedicated to their chosen trade.  Just like the students described in the lyrics, after almost 30 years in education Dr. Anderson gave work a good name. She is now trading her heels and suits for outfits perfect for gardening or riding the motorcycle with her husband Tony.  The creativity and energy that Dr. Anderson has brought to Wiregrass Tech has positively impacted the 11 counties the College serves in South Georgia.

Writing her own song is just one of many accomplishments celebrated during her tenure at the College. Under her leadership, Wiregrass Tech reached the following successes: #1 RN program two years in a row, multiple SkillsUSA state and national awards including being one of the top chapters in the nation two years in a row, first college in Georgia to receive accreditation by the National Alliance for Concurrent Enrollment for dual enrollment courses in area high schools, and Military Friendly and Best for Vets College designation every year since 2015. Wiregrass was also selected as a charter institute for the Excellence in Academic Advising by NACADA and the Gardner Institute. Moody AFB Testing Center for Wiregrass was recognized as a Top 5 Testing Center by CLEP for 2019 and has been among the top 25 since 2012-2013, and recognized for greatest growth nationally.

Dr. Anderson helped bridge partnerships with the Georgia Department of Corrections and Core Civic to provide college programs in prisons. This partnership has seen 513 students graduate with technical certificates of credit since FY17. Under Dr. Anderson’s leadership, Wiregrass has awarded over 18,000 non-credit certificates, has the highest number of apprenticeships in the Technical College System of Georgia, received two separate million dollar donations (first in college’s history), constructed two new health science buildings (Coffee and Valdosta Campuses), collaborated on the start of two career academies (Coffee High School and Fitzgerald High School), was the only postsecondary recipient for a safety grant in Georgia that partnered the college with local K12 and law enforcement organizations, lead the college to be the recipient of its first National Science Foundation (NSF) grant, and had the highest growth in 2019 for dual enrollment in the state. Under her leadership, the College has also seen growth in graduation rates and retention rates leading to more skilled and ready graduates entering the workforce.

While all these accomplishments in and of themselves have and will continue to make a huge impact in the quality of education and rigorous program offerings, she will probably be best remembered for celebrating student accomplishments.  During testing time for the HESI, you would see her sneaking down the hall to give the students lined up studying together a strong pep talk.  She could also be found taking her break in Cosmetology for a quick haircut, showing the trust she had in the skills of her students.  During graduations, many have witnessed how she would stop the flow of students coming across the stage to celebrate each one individually. With a thumbs up and a bright smile, she would search for the student’s parents or spouse standing to their feet to snap a photo, making that student feel as if they were the only one graduating.

Her impact is felt beyond the classroom and campuses. Dr. Anderson has spent countless hours connecting and partnering with local businesses, industries, and postsecondary partners.  It was important to her to establish Wiregrass as a leader in providing a trained workforce and to be open to changes, growth and innovation brought about by suggestions from industry partners. She hosted “Talks with Tina” in an effort to develop relationships with each unique community and industry base.  From meeting with program advisory committees to million-dollar donors, Dr. Anderson fostered connections with top advisors and industry professionals to ensure students had access to the latest equipment and the best facilities and that the College was training those students on the latest trends in the industry.  These connections helped ensure two donor named buildings, a first in the history of the college, as well as many lab and classroom naming’s in honor of supporters.

In addition to running a college, Dr. Anderson served on the Board of Directors of Leadership Georgia, the Moultrie YMCA, the Moultrie-Colquitt County Chamber of Commerce, the Tifton-Tift County Chamber of Commerce, the Girl Scouts of Historic Georgia, and the Georgia Southwestern State University School of Business Advisory Council.  She was a 2005 participant of the Leadership Georgia program and is a graduate of the Leadership Warner Robins program. Dr. Anderson was named a Georgia Trend Magazine “Top 40 Under 40” list honoree in 2004 and to the South Georgia Business Magazine’s list of the 25 Most Influential South Georgians in 2005.

The end of April will be the end of Dr. Anderson’s tenure at Wiregrass, but a new beginning for her.  The Technical College System of Georgia is currently seeking to fill her position and will name a successor at the appropriate time.  To learn more about the college, please visit https://www.wiregrass.edu.  To view Wiregrass’s music video, “Giving Work a Good Name,” please visit the college’s YouTube channel.