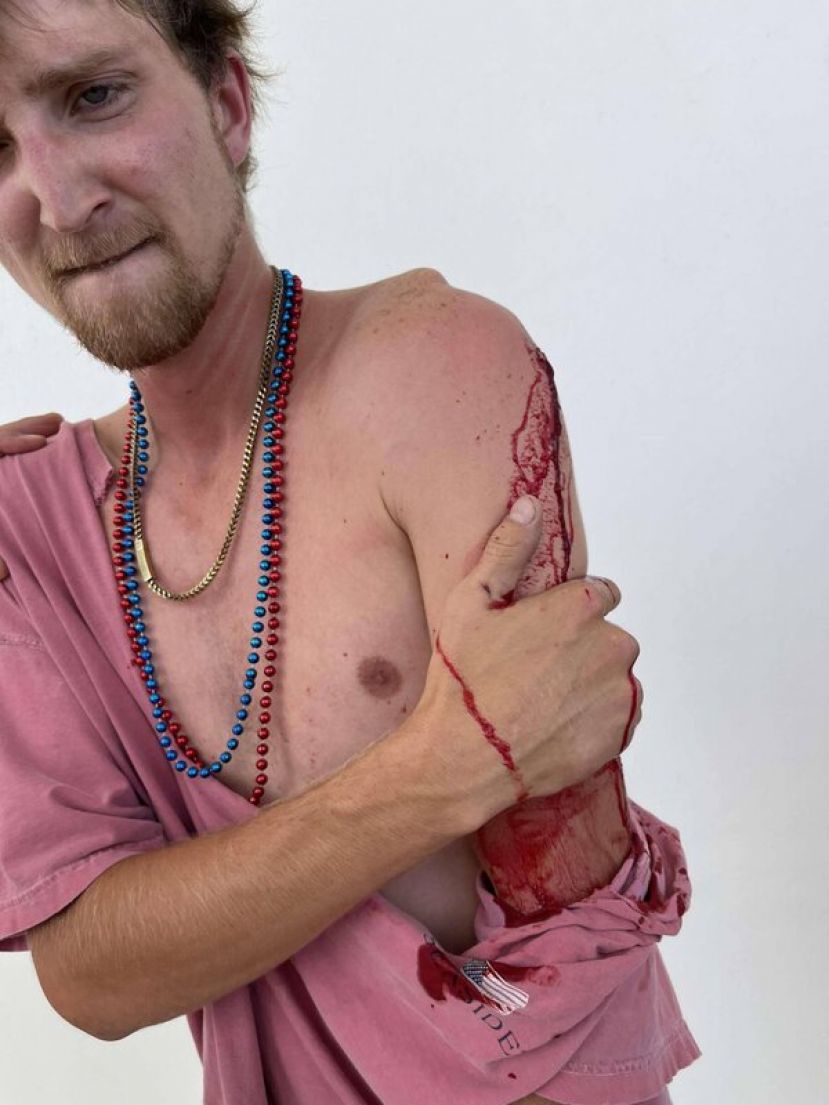 A Valdosta man was hospitalized after a he was shot as a result of a suspected road rage incident at Truck Week in Daytona last weekend and a group of Douglas residents were nearly caught in the crossfire.

Fox35Orlando covered the shooting and McKenzie Davis of Douglas posted about the shooting on her Facebook page. Davis was one of several Douglas residents riding with Colby Rock, a Valdosta resident who was the victim of the shooting.

According to Davis’s Facebook page, they were riding along the Daytona strip (A1A) when a Nissan Altima occupied by two people, a male and a female, pulled out in front of them. According to Davis, the Altima cut them off and Rock blew his horn at them. The car allowed Rock’s vehicle to pass and as he drove by, the driver of the vehicle, which Fox35Orlando’s story identified as Kristi Ellis, 39, waved a handgun at Rock. Davis’s post states that the Altima followed them for nearly 30 minutes.

At Ormond Beach, the Altima pulled up beside Rock’s truck and the passenger, which Fox35Orlando identified as Carlo Eberhardt, 48, got out with a gun. Davis stated that he started hitting the windows of the truck with the gun. Rock was talking to Eberhardt but he wouldn’t calm down, wrote Davis. Rock got out of his truck and began struggling with Eberhardt. The other occupants, including Davis, got out of the passenger’s side and ran for safety. Rock and Eberhardt fought briefly before Eberhardt pointed the gun at Rock. He turned to run away when Eberhardt fired one shot, striking Rock in the arm. He was transported to a nearby hospital where he is recovering from his injuries.

The Fox35Orlando report states that both Ellis and Eberhardt were arrested on felony charges but the story didn’t specify exactly what the charges are. Rock’s injuries aren’t life-threatening but recovery will be a long process.

His family has started a GoFundMe page to help with medical expenses.