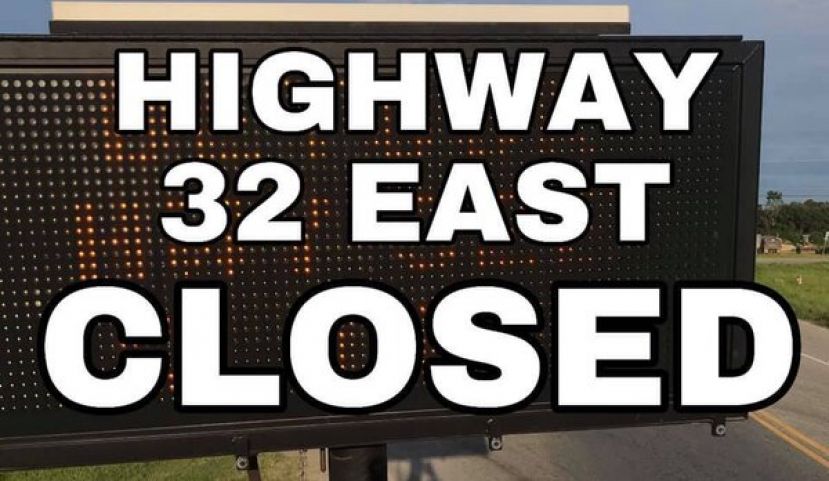 Highway 32 East from Douglas to the Seventeen Mile River Bridge (just past General Coffee State Park) is closed to through traffic until further notice, according to a press release issued by the Georgia Department of Transportation.

DOT staff closed the road to “evaluate the detour bridge being utilized during construction,” the release states. It also urges motorists to follow the detour signs that are in place. DOT crews are replacing the original Seventeen Mile River bridge that was built in 1955. To keep traffic moving during the construction, crews built a detour bridge. However, there seems to be issues with the bridge that have resulted in the highway closure.

The DOT release did not offer a timeline on when Highway 32 would reopen. It did state that the bridge project is scheduled to be completed “later this year.”