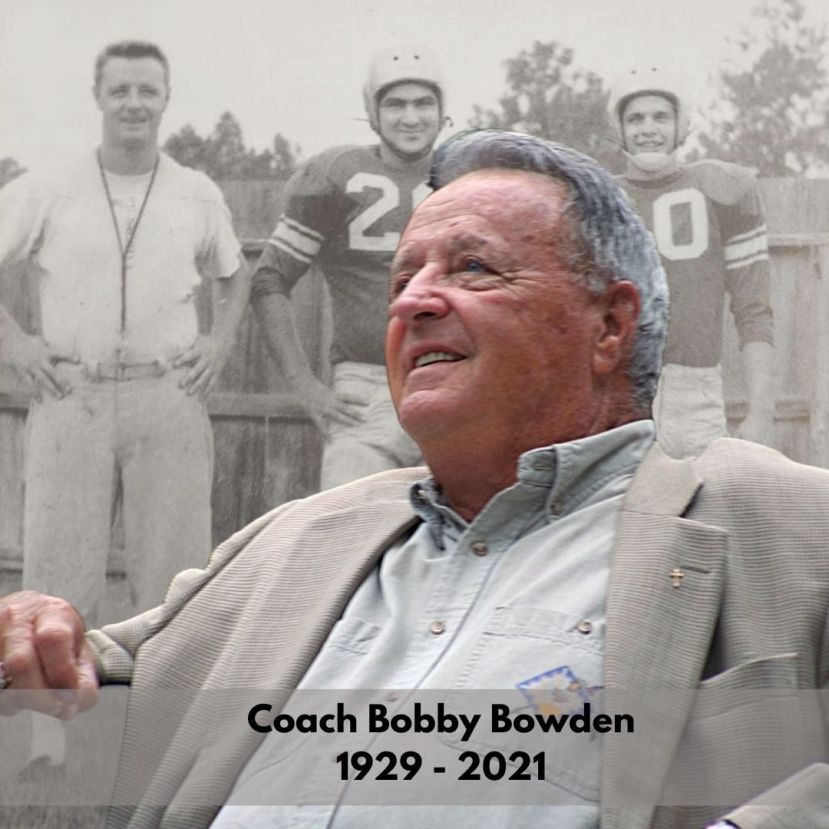 South Georgia State College released a statement this morning regarding Coach Bowden’s passing: “Our deepest condolences to the family, friends and players of Coach Bobby Bowden. Coach Bowden started his head coaching career at SGC in Douglas, Ga., from 1955 - 1958 and has returned to campus annually to spend time with his former team. He will be missed!”

Coach Bowden had successfully battled cancer three times in the past and went through a debilitating bout with COVID-19 in October. Despite age and the challenges he has faced as his health has declined, Bowden and his wife, Anne, have returned to Douglas each year for the annual Bowden Reunion at South Georgia State College, a gathering with his former players. Bowden has never forgotten his roots in Douglas and has been a tremendous ambassador for both Douglas and South Georgia State College.