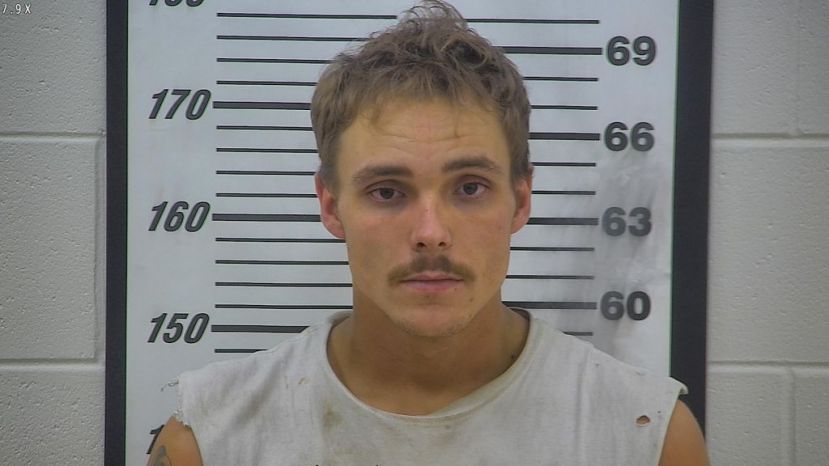 Christopher Lane Jones was convicted by a jury of his peers today in Coffee County for the murders of Kristian Bell and Steven Ward and for subsequently burying their bodies in the backyard.  The case was prosecuted by Assistant District Attorneys Ian Sansot and Jacob Kirkland.  Judge J. Kelly Brooks presided over the proceedings.

The evidence at trial showed that in late January 2019, the residents of a house in Nicholls were moving out after being evicted.  Among the residents were Jones and the victims.  While under the influence of copious amounts of methamphetamine, Jones became angry with Steven Ward and shot him.  Kristian Bell came running out of the house where Jones shot her six times.  He then placed the bodies underneath the house.  When two others arrived at the house to assist with moving furniture, Jones confessed to them what he had done and directed them to dig a grave.  After doing so, Jones built a firepit over the gravesite.  One of those who assisted Jones in concealing the deaths has previously been convicted after a jury trial in December of 2019.  The other remains incarcerated in the Coffee County Jail awaiting the resolution of his case.

Afterwards, Jones confided in no less than three other individuals about having murdered the victims.  After warrants were secured for Jones’ arrest, he was located in California.  While in custody there, Jones agreed to speak Coffee County Sheriff’s investigators.  During a nearly hour and a half long interview, Jones at no point denied his actions, instead explaining to officers that he was “scared” that if he was honest with officers he might not see his son again.

After deliberating for a mere 35 minutes, the jury returned unanimous guilty verdicts for two counts of malice murder and two counts of concealing the death of another.  Judge Brooks sentenced Jones to life without the possibility of parole, followed consecutively by life without the possibility of parole, followed by another consecutive 20 years to serve in prison.  District Attorney George E. Barnhill thanks the excellent work of the Coffee County Sheriff’s Office, Levi Harrell, Marcus Dunlap, the GBI, and all other officers and witnesses who were instrumental in seeking justice for the families of Kristian Bell and Steven Ward.