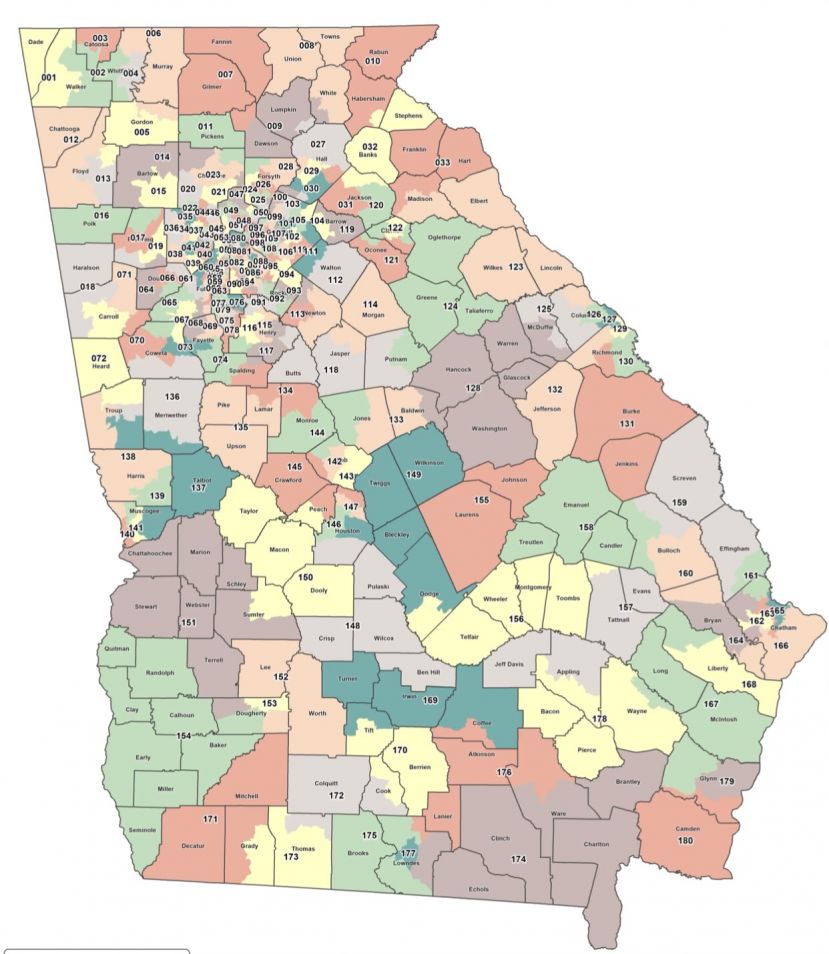 Every 10 years, legislators are required to re-draw the state’s House and Senate districts. On the House side, each district must have 59,500 people. Rural Georgia has seen its population decrease over the last decade, which means the size of its districts must increase in order to maintain the required number of citizens.

Rep. LaRiccia’s district isn’t the only one that will undergo significant changes. Rep. Clay Pirkle, a Republican from Sycamore, serves District 155, which includes Turner, Irwin, Ben Hill, and portions of Coffee and Tift, counties. Under the new map, Pirkle moves to District 169, Rep. LaRiccia’s current district. The new District 169 includes all of Turner and Irwin counties, a significant portion of Coffee County, and a sliver of Tift County.

In its newly drawn iteration, District 176 is made up of a small piece of Coffee County, which includes the City of Douglas, all of Atkinson and Lanier counties, most of Ware County (including the City of Waycross), and a tiny bit of Lowndes County.

In these new districts, Rep. Pirkle should have a tight grip on District 169. District 176, however, is a different story. The advantage in that district goes to the Waycross candidate; most of the voting population in this district lies in Ware County. Coffee County’s influence is diluted significantly.

The new district means Rep. LaRiccia will have a tough decision to make. “Right now, I’m planning on running. Ultimately, I want to do what’s best for the people our region. As of now, though, I’m in the race,” he stated Tuesday morning.

While both Districts 169 and 176 will maintain a Republican majority, District 176 will lose a little of its Republican influence. Currently, 176 is about 65 percent Republican. Under the new map, Democrats will gain some leverage, primarily due to the cities of Waycross and Douglas.