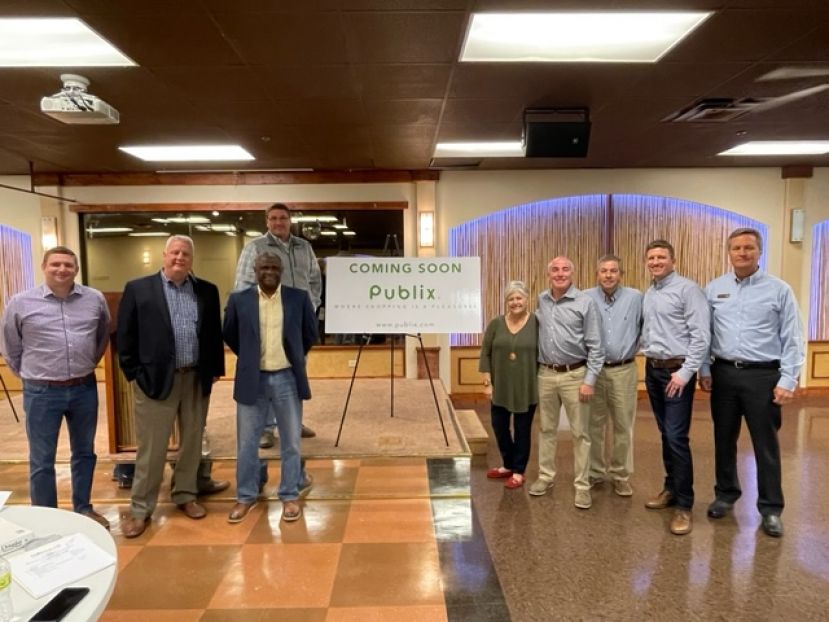 Publix is coming to Douglas.

The local governmental agencies (City of Douglas, Coffee County Commission, Coffee Board of Education, South Georgia State College, and the Douglas-Coffee County Economic Development Authority) in partnership with The Jones Company of Waycross and with JBS Capital Investments announced today the addition of several major tenants to the Douglas Square development including a major grocer. Publix Supermarkets will have a 46,000 square foot store in Phase 2 of the development. Construction of the new Publix will begin this spring with plans for the store to open in the summer of 2023. “In all of our discussions with members of the community over the last several years, the desire for a Publix has been the number one request for Douglas Square. We are pleased to announce officially that Publix will be part of this project and community for years to come. Having a grocer in this project completes our anchor tenant line up and fills a long time need for the community,” said Brian Bennett representative for JBS Capital Investments.

Mayor Tony Paulk stated, “From the initial vision of establishing the Douglas Square project has been to provide Douglas, Coffee County and surrounding region quality shopping to enhance the quality of life for our citizens.”

The Jones Company and JBS Capital Investments also confirmed the addition of several major tenants to Phase 1 of the project.  Pet supply retailer PetSmart will join Hobby Lobby, Marshalls, and Five Below with a 15,000 square foot store. Mavis Tire will also be building a new location on one of the project outparcels. Finally, Coffee Regional Medical Center will be opening an urgent care between Starbucks and the newly opened Jersey Mike’s Subs. Construction on Phase 1 will resume in February.