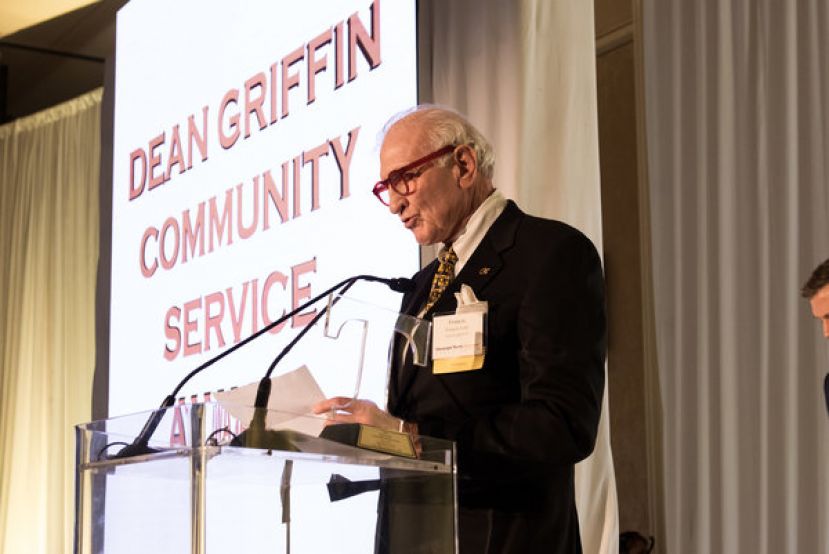 “We can think of no better honor for someone who cultivated so much economic development and tended to the overall growth of Douglas‐Coffee County,” said Kathryn Dennis, president of CFCG. “Francis Lott is the very model of a forward‐looking and benevolent leader who puts the vigor of his community foremost in thoughts and deeds, and there is no doubt that this region is a better place thanks to his efforts.”

The Francis Lott Community Economic Development Fund will make grants to projects in Douglas‐Coffee County that either support the county’s economic development activities or enhance the quality of life in Coffee County.

“When the fund was established in 2006, it was the first its kind in Georgia, and it has the power to significantly strengthen the economic development activities of our community,” said Joan Zimmer, former board chair for the Community Foundation of Coffee County. “By granting dollars to charitable or governmental organizations to support community economic development activities that improve the quality of life for residents in our community, the fund not only perpetuates Mr. Lott’s drive to improve economic growth for the area, but it also offers incredible possibilities for the future of Douglas‐Coffee County.”

An endowed charitable fund such as the Francis Lott Community Economic Development Fund helps ensure that resources are available for a community when they are needed most. And it is through the foresight and generosity of the community and donors such as Lott that charitable dollars are set aside to fund projects that will sustain a better community today and for generations to come.

Apart from helping found the Community Foundation of Coffee County, Lott has served as a passionate career chamber and community advocate since 1975, helping drive improved economic growth for Douglas‐Coffee County – particularly in the recruitment of new industry. Mr. Lott is one of only two community leaders in Georgia to be named “Statewide Volunteer of the Year” twice – in 1995 and 2015 ‐ by the Georgia Economic Development Association and is also the recipient of numerous other awards and honors recognizing his service to various organizations, including Ben Hill‐Irwin Tech, Douglas‐Coffee County Chamber of Commerce, Southeast Georgia Regional Development Council, the Lion’s Club and Georgia Tech. He was also an organizing director for Douglas National Bank and served on the boards of directors for East Central Technical College Foundation and the Georgia Chamber of Commerce.

In January 2015, Francis and Diane Lott made a significant endowment to Georgia Tech’s GT Promise Scholarship program, established in 2007 in honor of then President, Dr. G. Wayne Clough, himself a Douglas Native, to provide a debt‐free pathway to Georgia Tech for students from low‐income families in Georgia who, otherwise, could not afford to attend. More than 500 students have since benefitted from the GT Promise Scholarship. Over the last six years, six graduates of Coffee High School have earned the fully funded GT Promise Scholarship, endowed by Francis and Diane Lott. Coffee High boasts 18 graduates currently attending Georgia Tech. Mr. and Mrs. Lott are tremendously proud they have been able to help change the lives of these Coffee High School graduates.

“I love Douglas. It will always be my home. Douglas a great place to live, work and raise families. I have seen it grow – and it continues to grow,” Lott said. “I am honored by the Community Foundation’s kind recognition. My biggest and sincerest hope is that others will be motivated to contribute to this fund and help keep our community thriving.”