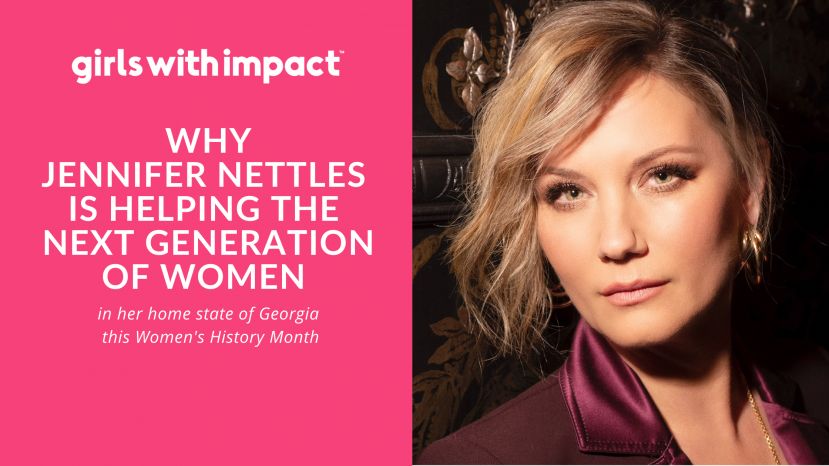 In advance of Women's History Month, Jennifer Nettles, the Coffee County native who went on to become a Grammy Award-winning singer, songwriter, actress and record producer, has announced 500 Girls With Impact scholarships to be made available to young women 14-24 beginning immediately.

The scholarships, each worth $895, mean that 500 young women 14-24 will be able to undergo Girls With Impact's 10-week Business Academy at no cost.

A native of Georgia who sang at the age of four and played in local bands, Nettles went on to win three Grammy Awards. She is best known as half of the successful country-pop duo, Sugarland.  Her own records include That Girl (2014), Playing with Fire (2016) and her latest album Always Like New. She recently starred as Jenna in the hit Broadway musical, Waitress.

Nettles said that growing up in the Atlanta music scene had a huge impact on her success.

"I watch musicians like Amy Ray and Emily Saliers of the Indigo Girls and R.E.M. — very vocal, very political, very big activists within not only the music community, but in the community at large — made me unafraid to speak my truth.

"That's why I'm partnering with Girls With Impact," she continued. "Women continue to be terribly under-represented in music and throughout business – and I want to help change that for under-resourced young women in my home state."

Nettles will be performing at the International Women's Day Concert in New York City on March 8th to benefit the non-profit.  In lieu of receiving any remuneration, the musician is making this business education accessible to all young women.

The Business Academy is delivered live, online by business instructors as a powerful extra-curricular or work readiness program. In small classes, the young women turn their passion into a business plan and, along the way, learn fundamentals of business – from problem solving and critical thinking to technology, finances and public speaking. Many graduates have gone on to receive large college scholarships.

"Jennifer Nettles is setting a powerful example of how we can use our talents to impact those less fortunate," said Openshaw. "Her passion and her voice are truly bringing equal opportunity to women."

Women and girls from low-to-moderate income families (household income under $65,000) from throughout the state of Georgia may undergo the program at zero cost, thanks to Nettles' contribution by using code NETTLES at girlswithimpact.org.

Classes begin each quarter. Participants may choose the day and time that best fits their schedule. The deadline for Academy classes starting April 11th is April 4th.

The Concert – open to the public – will be held at The Town Hall in New York City.