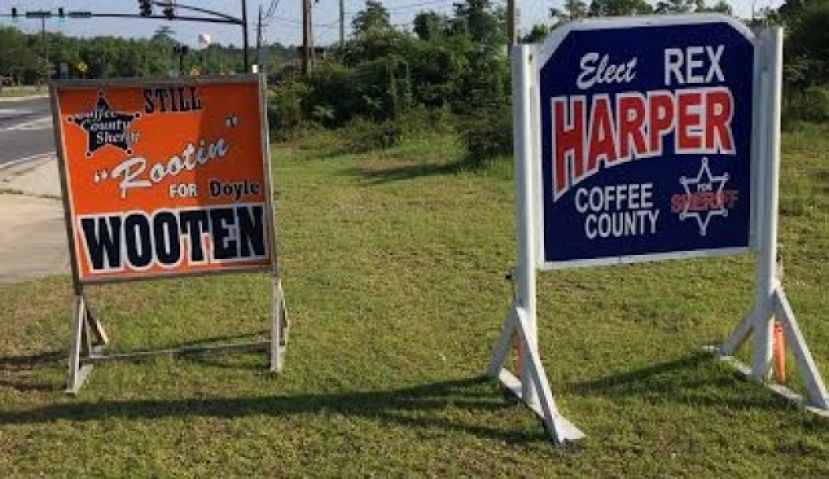 Once more, Douglas, Ga., has found its way onto a “most dangerous cities” list. Not everyone takes our place on the list seriously. The organization that compiles the list is affiliated with the home security industry; as such, many people believe its lists are simply a marketing tool designed to sell home security systems. I understand and respect the concerns people have about the credibility of this particular organization. Likewise, this group kicks out municipalities with fewer than 10,000 citizens. It also doesn’t – and can’t -- take into account those communities that don’t report crime statistics to the FBI. For these reasons, too, people attempt to discredit our placings on such lists.

But what I don’t hear people refuting are the statistics themselves. The numbers the organization uses to compile its lists are credible, verifiable, and accurate. And to me, they paint a disturbing picture. Regardless of whether or not you believe there are only 12 cities in the country more dangerous than Douglas, we have a crime rate that is too high. This hasn’t just happened; it’s been that way for a long time. Several sheriffs ago, I wrote an editorial in which I mentioned what I believed to be the lawlessness of Coffee County. That sheriff took offense with what I wrote. Here we are, nearly 20 years later, and I could write that same sentence again and it would be just as accurate.

Yes, I think we have a crime problem in our community. And I don’t see it changing very much any time soon. As I survey the landscape of Douglas and Coffee County, I see a loosely arranged group of agencies, governing bodies, quasi-government organizations, and boards and authorities each pursuing their own goals and objectives. I do not detect a kind of cooperation that takes the big picture into account, the kind of vision that brings everyone to the table for the greater good of the community.

In fact, vision is exactly what I would like to discuss, particularly how it relates to law enforcement and public safety.

I am of the opinion that law enforcement goes far beyond serving warrants, writing tickets, and making arrests. It can be – and should be – a major player in improving the quality of life for every single resident of the community. Consider this for a moment. Many years ago, Coffee County made a name for itself by doing what few rural communities could do, which is recruit large business and industry to a small town without direct interstate access.

The people of Coffee County enjoyed a fairly affluent standard of living, all things considered. We peaked in 1999 with the most jobs we’d ever had – 19,148. Within a few short years, thanks to the loss of the mobile home industry, the loss of other local businesses (including Intermetro), the economic downturn, and the departure of Pilgrim’s Pride, we lost about 6,000 jobs. We bottomed out at 13,628 in 2010. Thanks to the tireless work of a lot of stubborn people, we rebounded a bit. Pilgrim’s Pride came back. Existing industries expanded. Entrepreneurs began re-investing in the community. Still, we’re down about 3,000 jobs over where we were nearly two decades ago. Today, we have 16,231 jobs in Coffee County.

You might be asking what all this has to do with law enforcement. There are several things, in fact. One of which involves the sheer number of jobs that are still missing in our community. People who don’t work get restless. And restlessness can lead to lawlessness. If people are working, they are less likely to cause trouble. You can’t convince me that another 3,000 jobs (even half of that) wouldn’t slash the local crime rate.

But instead of just benefitting from more jobs, law enforcement can be a vehicle by which those jobs are created. A safe community is a community that’s attractive to business and industry. Yet during this election cycle, one that involves a tense sheriff’s race, I have not heard either candidate discuss any of this. In the public statements I’ve been privy to, I’ve heard the same rhetoric: We need to get drugs off the street, the sheriff needs to be accessible, we need to stay in budget, and so on and so forth.

While those things need to happen – people want to be able to pick up the phone or swing by the sheriff’s office and see the sheriff; we do need to make Coffee County inhospitable to drug dealers; and the department must operate within its budget – I am of the opinion that those same old statements display a lack of vision regarding the office of sheriff. A progressive department will help bring new businesses to Coffee County. The jobs those businesses create will put people to work and get people off the streets. And that will translate into a lower crime rate.

The sheriff’s department isn’t alone here. The city police department can fill the same role within its scope of influence. I think both agencies are plagued by politics, though the politics come from different places. With the police department, the politics seem to come more from City Hall. The political web that ensnares the sheriff’s department, however, seems to originate more from the community itself – which is what one should expect to find when dealing with an elected official (the sheriff) as opposed to one who is appointed (the police chief).

I want to hear both sheriff’s candidates address their vision for the office. The citizens of Coffee County don’t trust law enforcement. They don’t feel as though law enforcement is looking after their best interests. They feel like it’s just a political game, one that can go any one of a number of ways depending on the situation at any given time. The end result, they believe, is our place on these various “most dangerous” lists and the “crooked Coffee” moniker we still haven’t been able to shake.

In short, give me a vision for law enforcement in Coffee County, a vision that will build trust and respect between citizens and government; and one that will restore law and order in a community known, unfortunately, for the exact opposite.

As citizens, we will get the kind of law enforcement we want. We have nearly five months to communicate to both candidates what we would like to see in our local law enforcement community. I have laid out a few things here. I urge everyone who reads this to do the same.

More in this category: « It's time to get honest & proactive about our community's drug epidemic The Next Christians: restoring the world by recovering the gospel »
Login to post comments