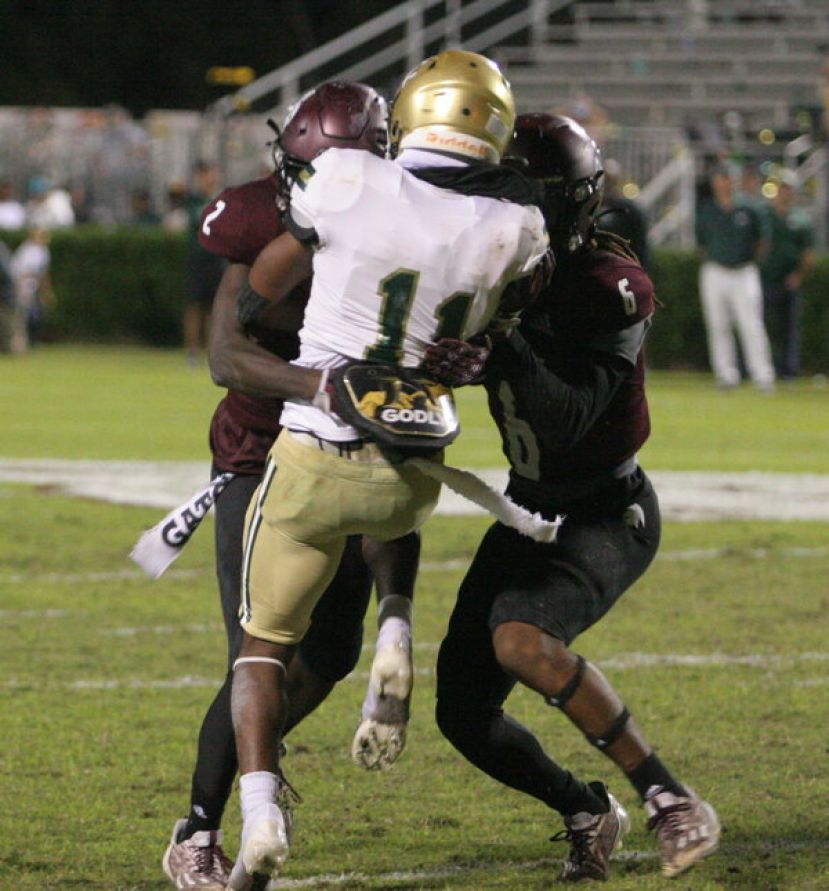 The Ware County Gators are Region 1-5A champions after defeating the Coffee Trojans 31-6 at a packed Jardine Stadium Friday night.

The two teams were poised for an epic showdown. It didn't quite turn out that way.

Ware took an early 7-0 lead. The Gators expanded that lead with a 23-yard field goal early in the second quarter. Coffee answered when quarterback Maurice Hansley found Range Robinson in the end zone for a two-yard score. Hansley and Keshad Turner set up the touchdown when the two connected on a long pass that put the Trojans at the Gators’ two-yard line. A missed extra point left the game at 10-6 in the second quarter.

In the second half, however, Ware opened up the game. The Gators scored three unanswered touchdowns — two in the third and one in the fourth — to put Coffee away 31-6.

“We’re 0-0. We’re the #2 seed. We got a home game. We’ve got to flush this, learn from it, regroup, get better, and move forward. That’s what men do,” said head coach Mike Coe after the game.

Coe added that Ware County was the best team the Trojans have faced all year. “Yeah, I don’t think it’s close. Hats off to them. They did a great job. They’re well coached,” he said.

The loss leaves the Trojans with an 8-2 record overall, a 4-1 region mark, and the #2 seed in the state playoffs. Ware finishes the season with a perfect 10-0 record, the region title, and the #1 seed.

The Trojans will face the #3 team from Region 2-5A next Saturday night at Jardine Stadium. Coffee’s opponent will be the Ola Mustangs from McDonough. Kick-off is scheduled for 5:00 p.m.

More in this category: « Coffee takes care of Greenbrier 48-0, will face Ware for region championship Tyreek Hill: From Jardine Stadium on Friday to the record books on Sunday »
Login to post comments