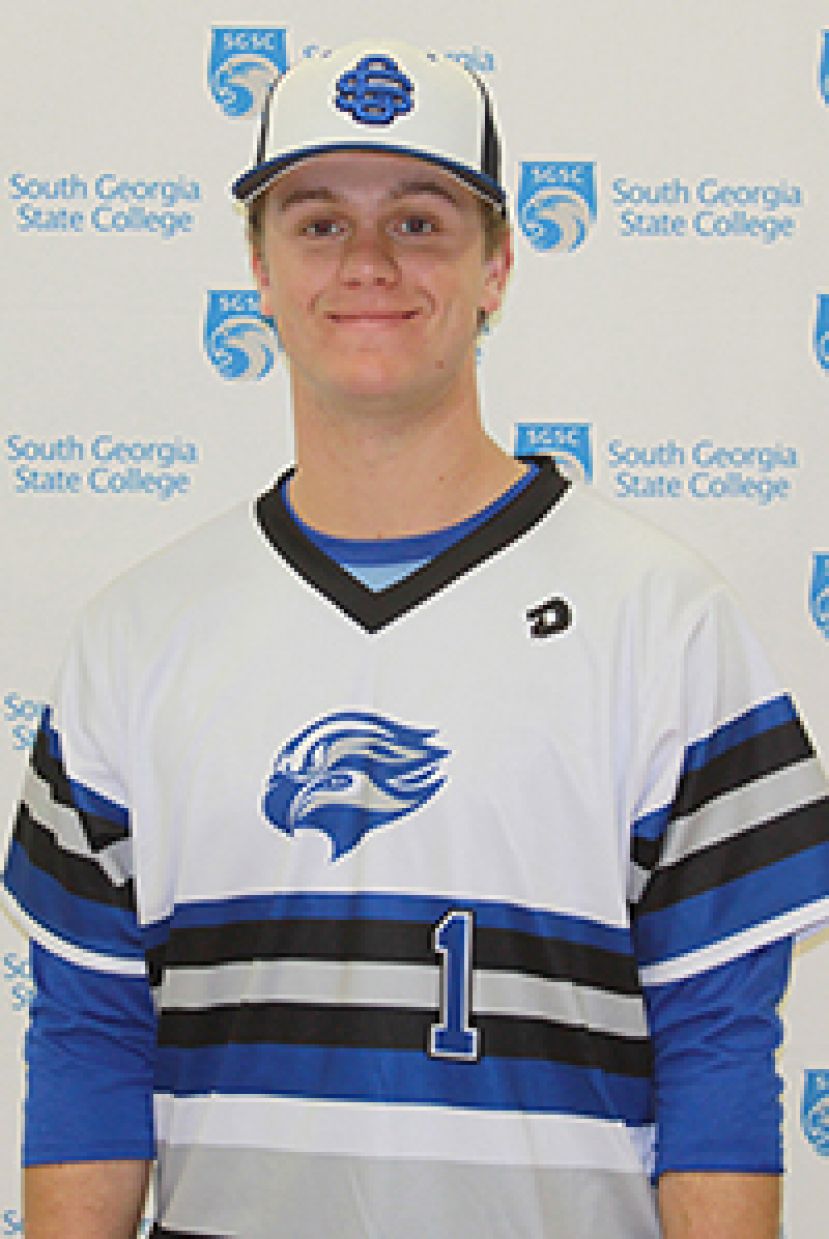 Photo courtesy sgsc.edu KC Brown (above) tripled in game one.

The Hawks dominated the opener by collecting eleven hits and twelve runs. The biggest inning for SGSC was thanks to a single by Chase Hinson, a double by Jacob Schmidt, and a triple by KC Brown. Hinson, Schmidt, Brown, and Cameron Coffey all had two hits each, followed by Chandler Rogers, Zack Williams, and Rodregas Jenkins contributing one hit. Brown led the RBI with five and Schmidt’s three added to the total run count. Nathan Henderson earned the win for the Hawks by pitching five innings, giving up one run, two hits, and striking out two.

The final game of the day proved to be a heartbreaker for the Hawks, as they lost their lead late by a 2-1 defeat. SGSC took an early lead in the second inning when Kaleb Hill’s sacrifice fly scored one run. Thomas JV tied the game in the bottom of the third inning. The Hawks failed to score again but Thomas JV battled in the bottom of the fifth to score a run, pulling ahead of SGSC. Chase Hinson, Jake Bryan, Landon Boyette, Spencer Speer, Cameron Coffey, Rodregas Jenkins, and Lincoln Hewett each collected one hit. Jake Kennedy started the game on the mound for the Hawks. He threw four innings, giving up one run, two hits, striking out three, and walking one. Kaden Hack took the loss for SGSC. He threw two innings, surrendering one run, one hit, and walking none.