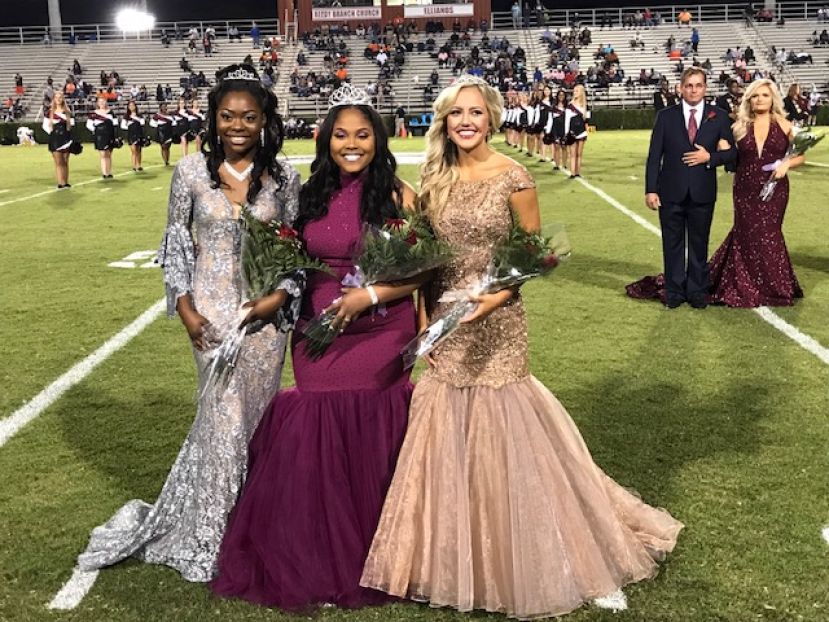 Coming into Friday night's Homecoming match-up with the Northside Warner Robins Eagles, two of the Coffee Trojans' games had been decided by three points or less. The Trojans had lost both. The Trojans finally reversed their fortunes against the Eagles, winning 14-12 in a close contest that wasn't decided until the final 68 seconds of the game.

Northside came into the game on the heels of a three-point overtime loss to another set of Trojans -- those from Lee County -- last week. The Eagles' offense looked tired and worn down and had trouble building any momentum at all. The best Northside's offense could do was a pair of field goals. That is, until their final drive of the game.

Late in the fourth quarter, the Eagles forced the Trojans to punt following their fourth possession of the second half. Northside took over at their own 15 trailing 14-6. After sputtering all night long, the Eagles finally started clicking. Junior quarterback Jadin Daniels started finding his receivers on short passes underneath and on the sidelines. Pass after pass, completion after completion, the Eagles marched downfield. Coffee appeared to stop Northside on third down when Javiontae Martin sacked Daniels for a big loss. The Eagles were in four-down territory and went for it on fourth and 15. Once again, the Trojan defense pressured Daniels but he managed to escape and turned a bad situation into an 18-yard gain and a first down. A couple of plays later, a big pass interference call against Coffee moved the ball to the 12 yard line. Northside got a first down and then, from the two, Daniels found the end zone for the Eagles' first touchdown of the night.

Trailing 14-12 with 1:08 left, Northside had to go for two. Daniels took the snap and rolled to his right. This time, the Trojan defense was ready and forced Daniels out of bounds short of the goal line. Coffee slipped away with a big region win and likely secured a playoff berth with two games remaining. The Trojans improved to 4-2 on the season and are 2-0 in region play. Next week, the Valdosta Wildcats come to town for a 7:30 kick-off. Coffee wraps up the regular season on Nov. 3 against Lee County in Leesburg.