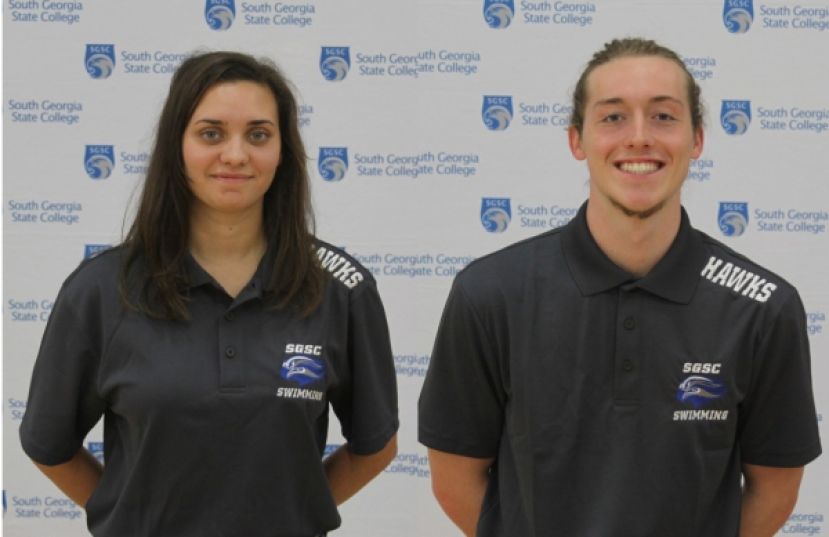 South Georgia State College men’s and women’s swim teams continued their winning ways while hosting the eighth annual South Georgia State College Invitational. Both teams won the tri-meet held in Douglas on Saturday. Both the men and women move to 4-0 on the season by defeating Thomas University and LaGrange College. The Hawks’ women scored 274 points to Thomas’ 148 and the men amassed 264 points to second place Thomas’ 216. LaGrange was third on both sides of the meet.

The next meet for the Hawks will be at Berry College in Rome, Ga., on November 17 and 18.

More in this category: « Hawks get season opening win over The Skill Factory Trojans advance to second round of state playoffs after beating Effingham Rebels 52-32 »
Login to post comments