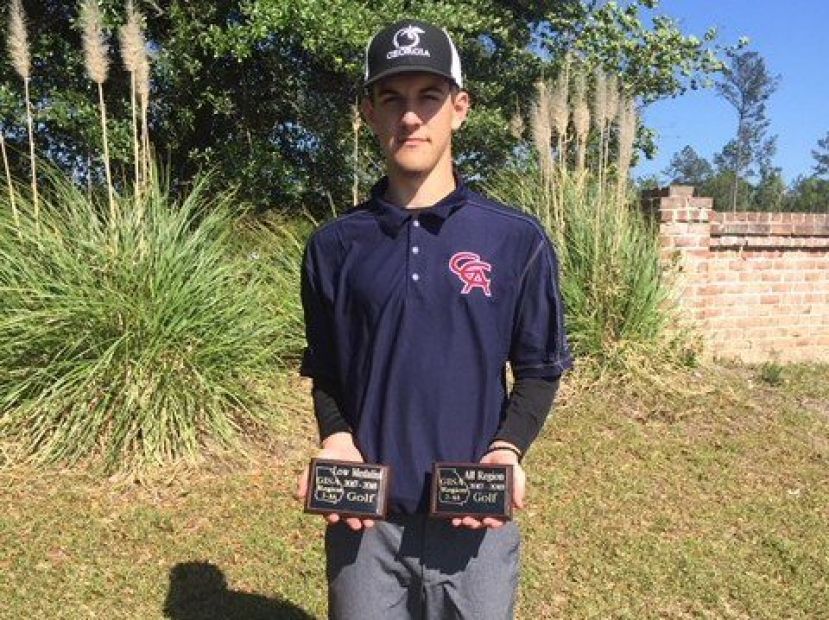 Submitted photo Anson Drury
Anson Drury, a junior golfer at Citizens Christian Academy, will play for a state championship Tuesday at the Georgia Veterans Golf Course in Cordele. Anson earned a berth in the state tournament by winning the region title on April 17. In addition to winning low medalist honors, Drury was also named to the All Region team.
The son of Stuart and Kristy Drury of Douglas, Anson has spent thousands of hours working on his game. He has seen his hard work yield some impressive results this season. In five tournaments, he was low medalist in two and finished in the top five in each of the other three. His grandfather, Kirby Holton, and his coach, Greg Childre, have both played a key role in his development as a golfer and a young man. "We are so proud of him," says his father, Stuart Drury. "He wanted this really badly and everything is paying off for him."
Tagged under