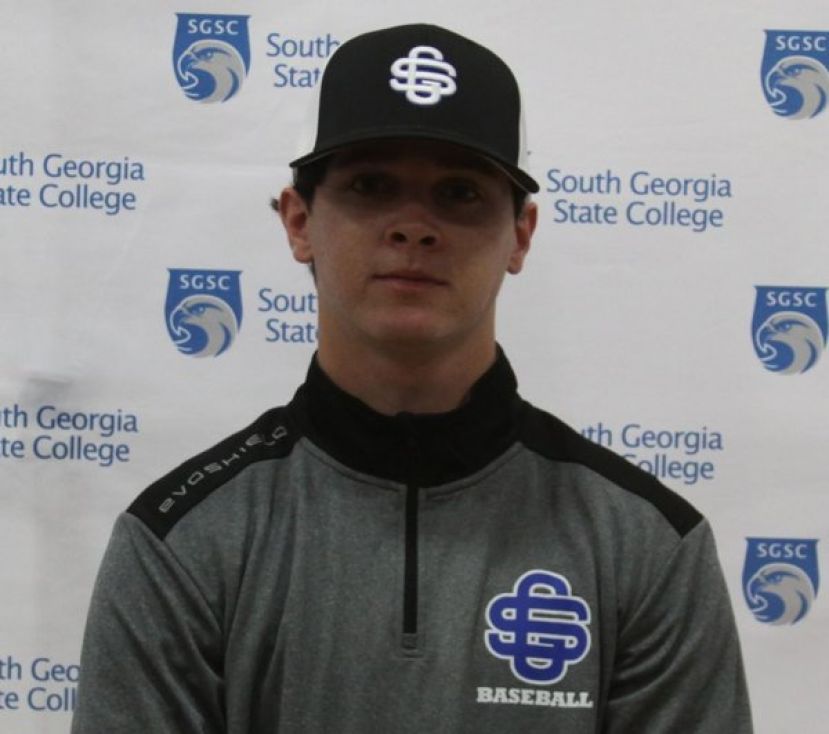 Photo courtesy of South Georgia State Collete Pitcher Zach Mainor (above) was named GCAA Player of the Year after leading the conference in wins and ERA.

The South Georgia State College Hawks baseball team continued what has been a banner year for the SGSC athletic program by ending the season with the most wins in the Georgia Collegiate Athletic Association, putting six players on the All-Conference team, and having both the Player of the Year and the Coach of the Year coming from its ranks.

The Hawks finished second in the GCAA conference tournament earlier this week. They played four games at the tournament, winning 6-4 over Gordon State College , losing 10-1 to eventual champion ABAC, defeating East Georgia State College 8-4, then losing again to ABAC in the championship game 5-1.

Mainor was also named GCAA Player of the Year. He led the conference in wins (12), earned run average, and notched over 100 strikeouts for the season. Head coach Jeff Timothy, with a league-best 42 wins, took home Coach of the Year honors, the first of his career.

ABAC now advances to the East Central District Tournament, which begins on Wednesday, May 16, 2018. They will face Walters State from Tennessee. The winner of that tournament will then advance to the Junior College World Series in Grand Junction, Colo.