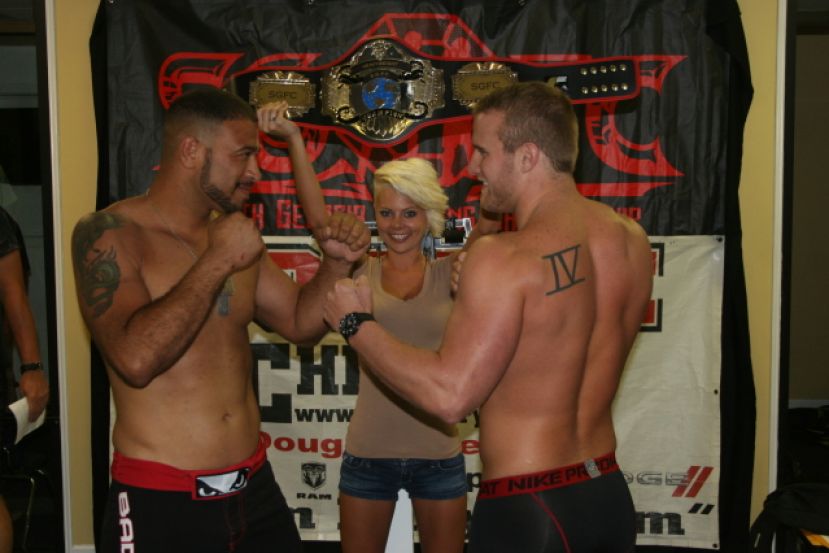 Tomorrow night, four area mixed martial artists will battle for two South Georgia Fighting Championship belts at the SGFC’s Border Wars at the Wiregrass Arena in Nicholls. Mitchell Chamale and Jimmy Alexander, both of Florida, will take to the cage for the SGFC bantamweight belt while Sammy “Lights Out” Elisis of Douglas and Willy “Right Hook” Wright of Baxley slug it out for the light heavyweight championship. Elisis is the #1 MMA fighter in Douglas while Wright is Baxley’s top fighter. This bout between these two striking specialists makes Border Wars the most anticipated event in SGFC history.

Aside from the two title fights, Border Wars features 13 other mixed martial arts bouts spotlighting fighters from throughout South Georgia and North Florida. The bell rings at 6 p.m. and general admission tickets are still available for $25.