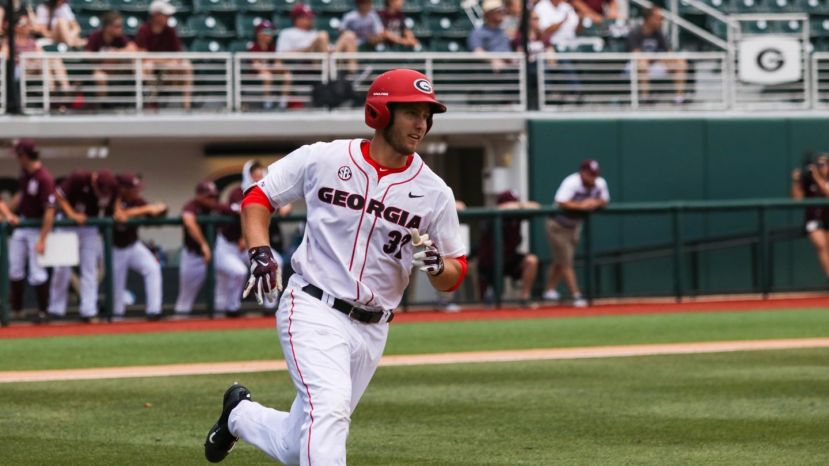 Georgia senior outfielder Keegan McGovern has been selected by the Seattle Mariners in the ninth round of the 2018 Major League Baseball Draft Tuesday.

McGovern, a 6-2, 220-pound native of Willacoochee, Ga., played in 219 games including 212 starts for the Bulldogs and earned Third Team All-American honors in 2018. A first team All-SEC selection, he batted .319 with a team-high 18 home runs and 50 RBI this past season in leading Georgia to a 39-21 record and an appearance in an NCAA Regional.

In his Bulldog career, McGovern posted a .287 batting average with 29 home runs, 123 RBI, 160 runs scored and 134 walks. A standout in the classroom majoring in biology, McGovern was named the 2018 SEC Baseball Scholar-Athlete of the Year too. He is the second current Bulldog to be drafted, joining junior left-handed pitcher Kevin Smith (7thround, New York Mets).

Georgia has a string of 45 straight seasons with at least one player signing a professional contract. Under Georgia's Ike Cousins head baseball coach Scott Stricklin, 18 Bulldogs have embarked on a professional career.

The MLB draft began Monday with the first two rounds while Tuesday's slate featured rounds three-10. The draft concludes Wednesday with rounds 11-40 starting at noon. Fans can watch live on MLB.com. The MLB signing deadline for underclassmen and high school seniors selected in this year's draft is July 6 at 5 pm ET.

This story and photo appeared on www.georgiadogs.com