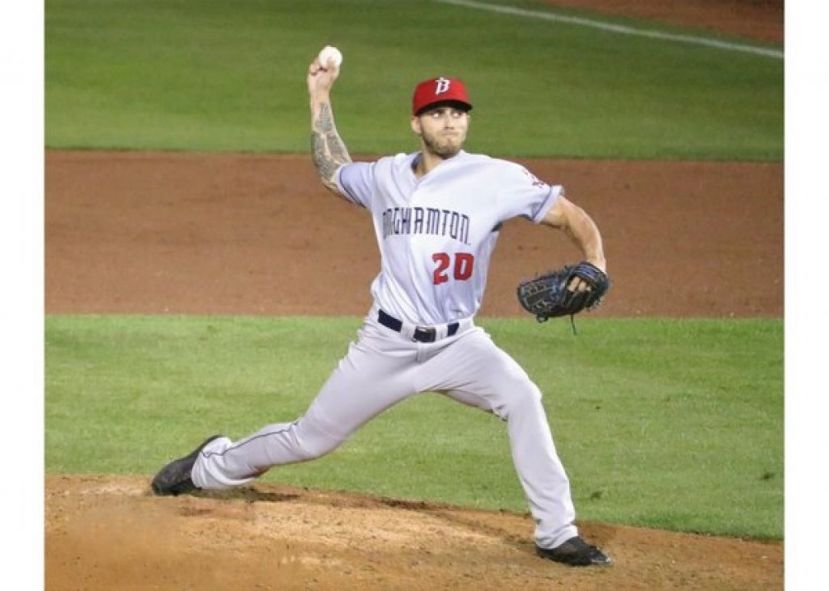 Tyler Bashlor, a hard-throwing right-hander in the New York Mets organization and former South Georgia College Tiger, has been called up by the Mets. He reports to the big league team today, June 25, after receiving the call the day before.

Bashlor, whom the Mets drafted in the 11th round after his sophomore year at then-South Georgia College (now South Georgia State College), has been working his way through the New York farm system since being selected. At SGC, Bashlor was a workhorse, playing every day. When he wasn’t on the mound, he was in the outfield. He was also one of the Tigers’ offensive leaders, hitting for both average and power.

It was on the mound, however, where he really made his mark. As a sophomore, he topped out at 98 mph and routinely sat in the low to mid-90s. Every time he pitched, there were as many pro scouts in the stands as there were fans. The Mets took Bashlor and offered him a tremendous signing bonus for an 11th round selection -- $550,000, according to metsminors.net. That kind of investment meant the Mets believed in Bashlor. It wasn’t a guarantee he would make the majors but he would certainly get a look.

Bashlor, who is now 25, has been rated as the Mets’ 14th best prospect. At double-A Binghampton this year, he’s posted a 2.63 ERA, 1.083 WHIP, and 11.3 strikeouts per nine innings over 24 innings, according to metsmerized.com. He will be asked to help breathe new life into an embattled Mets bullpen that started the year strong but has faltered over the first half of the season.

SGSC head coach Jeff Timothy, who recruited Bashlor out of high school, was excited to hear the news that his former player had finally made the majors. “We all knew Tyler was a special player when he was a part of our program. He was a great kid who worked hard and did everything we asked of him. He’s continued to show those same qualities in his professional career. His journey through the minors hasn’t been easy but he’s remained focused on accomplishing the goals he’s set for himself. I couldn’t be prouder of what he’s done and I know he’s going to make a positive impact with the Mets,” he said.