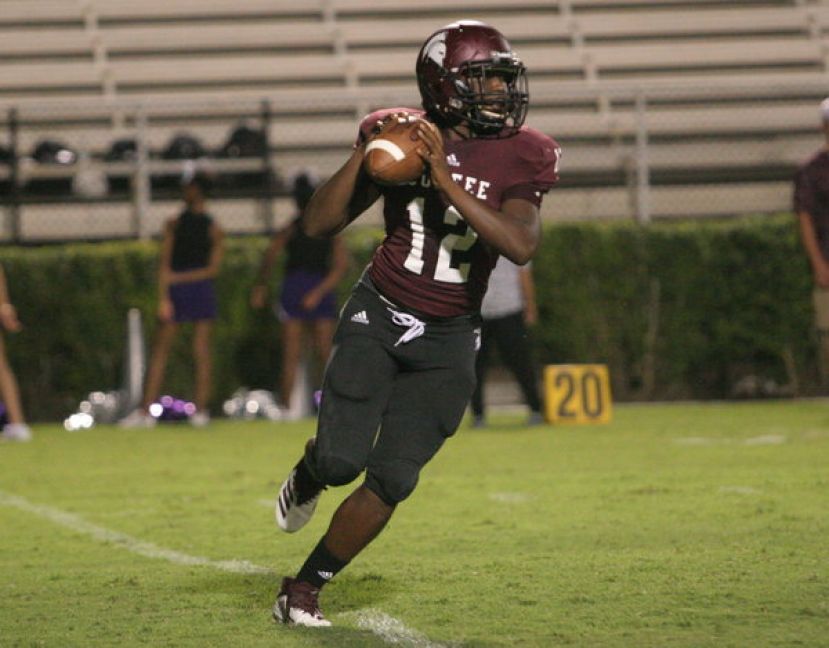 For the second week in a row, the Coffee Trojans cruised to a relatively easy victory, this time beating the Miller Grove Wolverines 35-0 at Jardine Stadium. Coffee is now 5-0 on the season.

The Trojans scored on their five of their first six possessions. All their touchdowns came in the first half. Quarterback AJ Wilkerson scored on runs of three yards and one yard while running back Josiah Killebrew scored on runs of 40 yards and four yards. Wilkerson also threw a 14-yard touchdown pass to receiver K.J. Davis. Pancho Rivas was perfect on each of his extra points.

Next week is Homecoming. The Chamblee Bulldogs will come to town for a 7:30 kick-off at Jardine Stadium. It’s the last non-region game on the schedule.