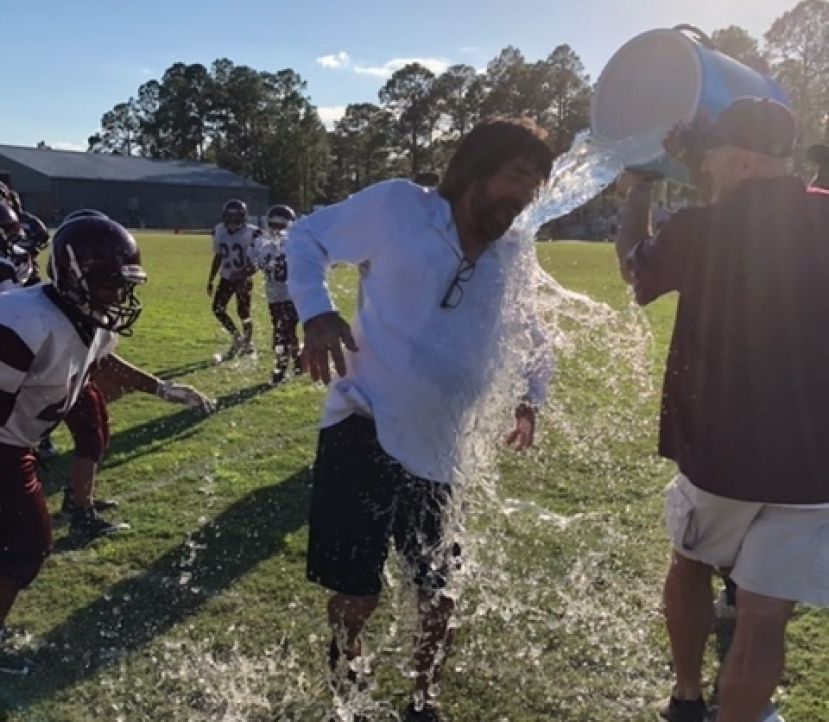 Wednesday afternoon on the campus of Lowndes Middle School, an era for the Coffee County athletic program came to an end. Wayne Shook, head coach of the sixth grade Coffee Middle School Trojans, coached his last football game after over 30 years as a teacher and coach in the system.

Coach Shook is retiring at the end of the school year. As such, this football season is his last. The Trojans wrapped his career in style, throttling the Lowndes Middle Vikings 40-6 in a dominant performance that came within two minutes of a shutout.

After the game ended, players and coaches doused Coach Shook with ice water – which was probably a relief after standing in 92-degree temperatures for several hours. Coach Shook took the ice water bath in stride. “I said I wasn’t going to let y’all get me,” he laughed. After the game, he told his players how proud he was of them and how much he loved them. “I love each and every one of you. I’m not afraid to use that word. You should be proud of yourself. Look around – there aren’t as many here now as there were at the beginning of the season. Hold your head high and keep working. I’m going to follow each one of you as you keep playing.”

Over the last three-plus decades, Coach Shook has coached thousands of young men in a variety of sports at all levels of the system.