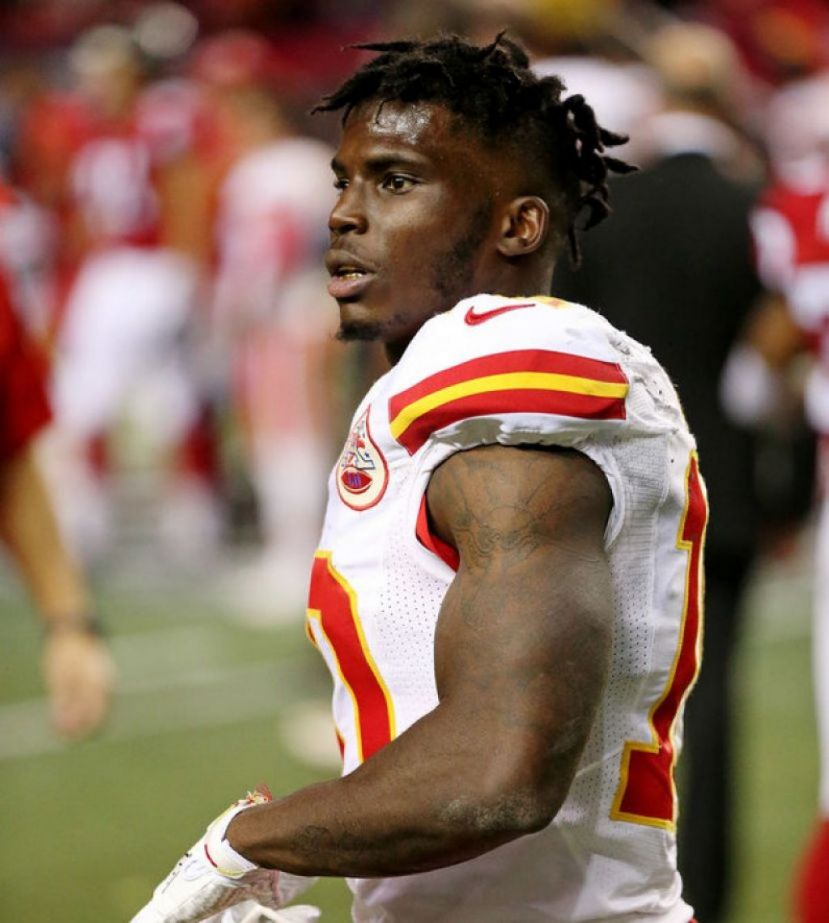 If that NFL gig doesn’t work out for Tyreek Hill, he might be able to find a job behind a television camera. And he just may have auditioned for that job Sunday afternoon following his second touchdown catch of the day.

Hill, who had seven receptions for 117 yards and two touchdowns in Kansas City’s 26-14 win over the Arizona Cardinals, decided to channel his inner Chad Johnson after his second score. Quarterback Patrick Mahomes connected with Hill in the end zone – and in triple coverage at that – for his 31st touchdown pass of the season, a Chiefs’ record. After the touchdown, Hill decided to record the moment for posterity. He ran to the back of the end zone, jumped into the crowd, slid in behind a CBS television camera, and started filming his teammates celebrating the touchdown.

The fans and Hill’s teammates loved the celebration. The officials and Kansas City head coach Andy Reid weren’t as amused. The celebration earned Hill a 15-yard unsportsmanlike conduct penalty and a few not-so-nice words from Coach Reid. Then-Cincinnati Bengals wide receiver Chad Johnson celebrated in similar fashion following a touchdown in the 2007 season. After a score, he also took over a camera and started filming. And, like Hill, he was also penalized.

Hill has 55 catches for 891 yards and nine touchdowns this season.

More in this category: « #4 seed Trojans knock off #1 seed Stephenson Jaguars in first round SGSC picks up third win of the season »
Login to post comments