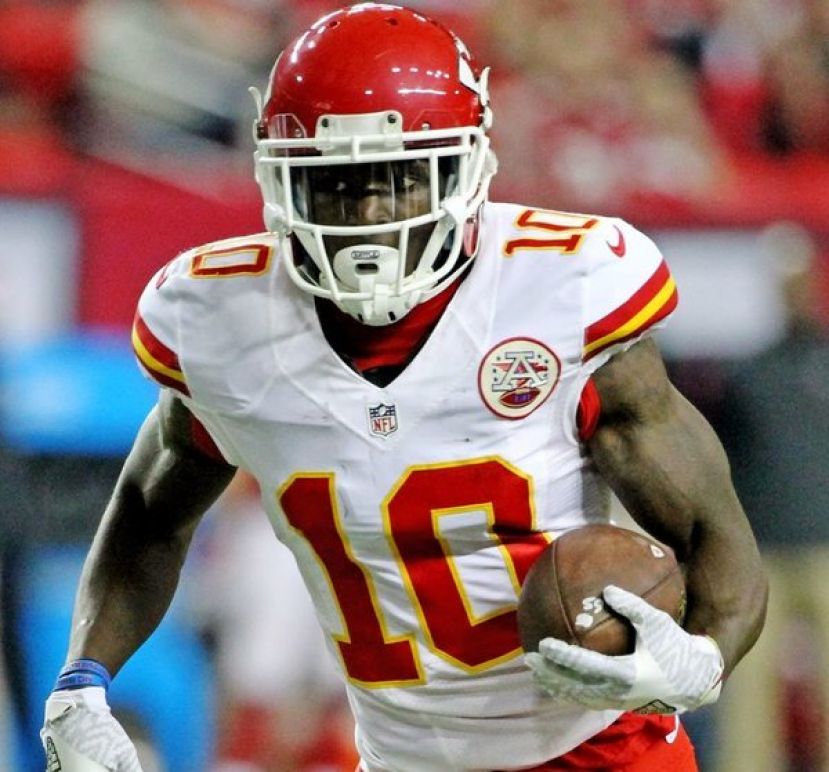 Last night’s game between the Kansas City Chiefs and the Los Angeles Rams put the two most potent offenses in the NFL on display. And Tyreek Hill, maybe the most electrifying player in the league, was right in the middle the scoring onslaught.

Much has already been written about the game. Offensive and scoring records fell for both teams. The game, which the Rams won 54-51, is the only game in NFL history in which a team scored 50 or more points and lost. Underneath that umbrella are enough statistics and plot lines to keep NFL pundits busy for weeks.

For our purposes, however, only one player really matters – Tyreek Hill – and he didn’t disappoint. Though his Chiefs were on the wrong side of the scoreboard, Hill led all wide receivers last night with 215 yards and a pair of touchdowns. He set up at least one other score simply by being on the field. At the end of the second quarter, Chris Conley caught an eight-yard touchdown pass from quarterback Patrick Mahomes. The Rams were so sure that Mahomes would be looking for Hill in the end zone that they put three defenders on him. With Hill in triple coverage, Conley was able to cross underneath just inside the end zone for the easy score.