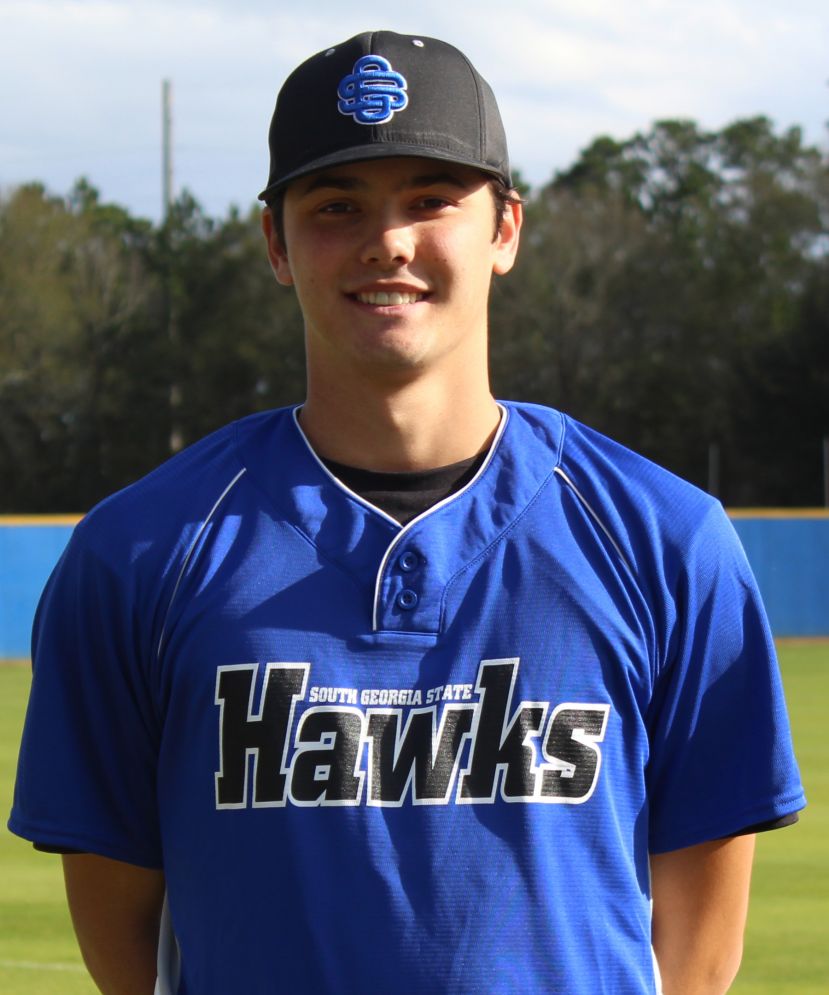 The SGSC Hawks have won their last three games – all on the road – as the 2019 season enters its second month. The Hawks defeated Florida State College-Jacksonville on Feb. 7 in Jacksonville by a 6-3 margin. Then they traveled to Allendale, S.C., where they defeated USC-Salkehatchie on Feb. 8, sweeping a double-header 8-6 and 10-4.

In Jacksonville, sophomore Cole Escher went 2 for 2 at the plate to lead the Hawks in hits. The Hawks managed to hang on to the lead to win by a score of 6-3 despite a sixth inning rally by FSCJ. Tyler Salomon, Max Hughes, Tucker Jordan and JT Rice each contributed one hit. Matt Thompson led things off on the mound for the SGSC Hawks. He surrendered no runs on three hits over five innings, striking out five and walking one.

Against Salkehatchie, the sixth inning seemed to be the most important inning in both games. In game one, the game was tied at six with the Hawks battling in the top of the sixth. Max Hughes stepped up to the plate and singled on the first swing of the bat while having a 2-2 count, scoring one run. The Hawks went on to score another run in the seventh to add to the run count and finish with the 8-6 win.

The base paths were crowded for the Hawks during the game. SGSC collected 12 hits. Tim Martin went three for four at the plate to lead SGSC in hits. Martin put one out of the field in the second and third innings. Max Hughes and Greg Wozniak followed by getting two hits each. Cole Escher, Tyler Salomon, JT Rice, Blake Ebo and Justin Brooks each added one hit to round out the total.

Mason List got the start on the mound for the Hawks. He went three innings, allowing six runs on five hits, striking out three and walking none.

In game two, the Hawks clinched the lead in the sixth inning for the 10-4 victory over USC Salkehatchie. The home team piled up four runs in the first inning, but the Hawks rallied near the end of the game to score runs in the last three innings. Justin Brooks led the Hawks with two hits in four at bats. Cole Escher, Tim Martin, Cole Freeman and JT Rice contributed one hit each.

Vic Steedley secured the win for the Hawks. He surrendered zero runs on one hit over one and one-third innings, striking out three and walking one. Austin Knowles, Buck Bennett and Noah Detrick all put in work in relief out of the bullpen, steering the Hawks toward the victory.